Presenting a heart-warming narrative of two adorable kids embarking on a journey to bring their parents together, Kyun Rishton Mein Katti Batti will air from 14th December every Monday to Saturday at 10 PM only on Zee TV

Over the last two festive months,  the #ZeeTVEntertainmentExpress opened up an array of entertainment choices for its viewers, taking them on a journey to four different parts of India, presenting four unique stories that captured the pulse of the Indian middle class and the evolving relationship dynamics in contemporary Indian society. As each of these 4 stories continue to captivate audiences, Zee TV is all set to unveil yet another heart- warming narrative with Kyun Rishton Mein Katti Batti. Produced by Arvind Babbal Productions, the show depicts the innocent world of two young and adorable kids who team up and set off on a mission to rekindle the love between their parents and bring papa back to mamma in the hope of completing their ‘happy family’. Set to premiere on 14th December 2020, the show will air every Monday to Saturday at 10 PM only on Zee TV. 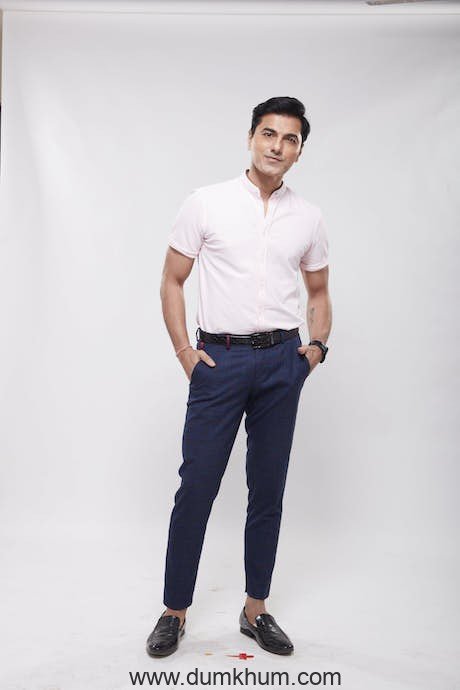 Set against the backdrop of Pune, the slice-of-life drama presents an endearing story of Rishi and Roli played by the young and adorable actors Pratyaksh Panwar and Mannat Murgai respectively. Together, they vow to be the glue that will fill the cracks that have developed between their parents, Shubhra and Kuldeep. Essayed by television actress Neha Marda, Shubhra, is a young married woman and a mother of two who belongs to a reputed Maharashtrian Brahmin family in Pune.

Having lived all her life in a disciplined manner, she goes against the wishes of her family to marry a Punjabi boy, Kuldeep portrayed by popular television actor, Siddhaanth Vir Surryavanshi. Educated, ambitious but fickle minded, Kuldeep Chadha too left his post graduation midway to marry Shubhra. However, after 10 years of their marriage, Kuldeep and Shubhra’s relationship gradually begins to go south when personal conflicts pave the way to a series of arguments and fights. 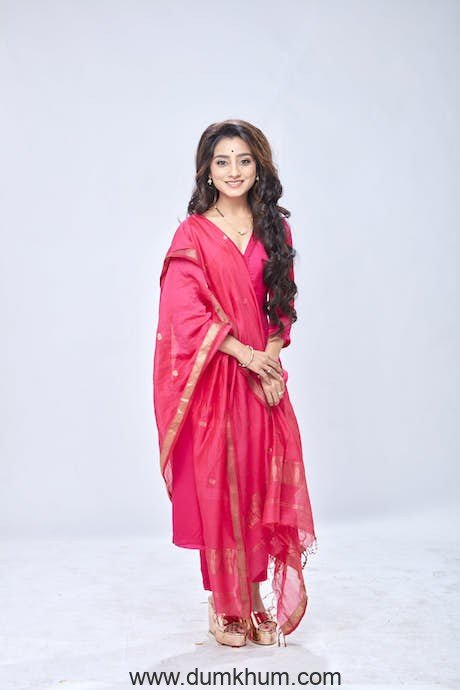 Shubhra being an emotional person, finds it difficult to deal with Kuldeep’s temper while the latter feels that the responsibility of running a family has kept him away from his real dreams and ambitions. He now wishes to make a successful career in a bigger city like Mumbai or Delhi and begins to get secretive with his wife, sensing that she might not support him. At this point, Rishi and Roli feel they could lend their parents some of the love they seem to have lost and innocently hope that all will be well again. Untarnished by the complexities of the adult world, they are all set to hatch a master plan to do all it takes to keep their daddy going away from their mom and complete their happy family.

Zee TV Business Head Aparna Bhosle said, “As a channel, we have always believed in telling stories that resonate with the core sensibilities of Indian audiences while offering them a fresh perspective towards life. Kyun Rishton Mein Katti Batti addresses the complexity of adult world issues interpreted innocently by two very endearing children. It is kids, after all, that serve as the glue sealing any cracks that build in their parents&#39; relationship. And children, today, are exceptionally smart and perceptive when it comes to any trouble brewing in their family. Viewers will be amazed to see how it sometimes takes the over-simplified perspective of two innocent and optimistic children who look at the world through their uncomplicated lens to resolve issues that arise between their parents. Touching the right emotional chord and introducing viewers to a family they will end up loving, our next 10 PM show should find a strong connect with audiences across India. Neha Marda shared, “Over the last few months that we have been shooting for this show, I have formed a very deep and personal connection with Shubhra however different her personality might be from mine since with my house I handle my academy. There are always two interesting dimensions to her character which all the more makes this role quite an enjoyable one to essay. While she is a home maker who often puts her kids and family before her ambitions, she is an educated woman who would like to learn and fulfil her aspirations given a chance to do so and balance all.  She is slightly sensitive when it comes to matters of the heart but is resilient and head-strong when it comes to making a choice for her kids or her family. Shooting for this show has been a great experience so far, each character has a beautiful arc and I absolutely love shooting with the cast of this show. While working with Siddhaanth too has been a great pleasure, Pratyaksh and Mannat are really adorable and smart kids who have made the process of wearing Shubhra’s shoes really easy one for me.  I look forward to bringing Shubhra’s story to our viewers.”

Kuldeep revealed, “Amongst the several roles that I have essayed so far, I find Kuldeep as a character to be very close to life, there is a sense of realism in the way he deals with the scenarios that occur in his marriage. While he loves and cares for his family, he carries certain unfulfilled ambitions and aspirations that result in a bitter-sweet relationship with Shubhra. He strives to build the perfect balance between his ambition and his role as a husband but is often unable to do so and thus ends up taking impulsive decisions. Honestly, Kuldeep as a character is a challenging one because there is a very tricky balance to be maintained between a side that desires to achieve success and the other part of him, that has to fulfill the responsibility of being a family man. But in midst of the confusion one thing that he holds on to strongly is his love for Rishi and Roli. I’m really thrilled to be with working with Zee TV for this show, we have beautifully stitched this heart-warming tale together keeping it as grounded and real and I hope our viewers love the show.”

Child actors Mannat Murgai as Roli and Pratyaksha Panwar as Rishi who are the heartbeat of the show said, “We are very excited to be a part of the show and working together. Everybody on set takes very good care of us and we enjoy shooting with Neha Mumma and Siddhaanth Papa a lot. They treat us as their own children. We hope everyone loves the show.”

The producer of Kyun Rishton Mein Katti Batti, Arvind Babbal of Arvind Babbal Productions added, “In an ocean of varied content choices, we believe that the relatable and emotional aspects of contemporary Indian family life that our show presents will connect beautifully with the audience. The complexities and dynamics of Shubhra and Kuldeep’s relationship are what most people will connect with on a personal level. And as far as Rishi and Roli are concerned, these two kids are all set to win over millions of hearts with their adorable smiles, their well-meaning intentions and innocent attempts at decoding complex adult emotions in the simplest ways ever. Our whole team has worked extremely hard to bring about raw emotions associated with familial ups and downs in the most authentic manner on screen and I hope the audiences love and appreciate this show for what it is.”

With Shubhra and Kuldeep growing apart by the day, will Rishi and Roli be successful in getting their parents to reconcile?

To know more, stay tuned to Kyun Rishton Mein Katti Batti from 14th  December every Monday to Saturday at 10pm only on Zee TV