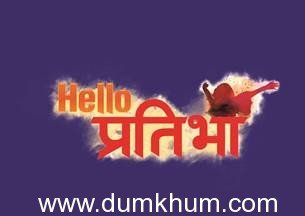 Dialing out to the Pratibha she once was …

All it takes her is one look at your face and she knows exactly what you’re looking for … She happily stands up and delivers even before you can ask her what you need … and yet, you take her for granted even without realizing it. To become a blind spot in her own family … to be the eyes, hands and legs of a household but never its voice makes scores of housewives across the country lose sight of who they really were before they tied the knot. It makes them lose touch with their own personal interests and talents, and in the whole process, become somewhat unsure of themselves. Such is the story of the protagonist of ZEE TV’s next offering ‘Hello Pratibha’, a show that will premiere on 27th January and will air from Monday to Saturday at 7:30 PM. All of 36, Pratibha is based in Jhansi and a mother of two grown-up children. Family has been her sole priority as she’s spent the 16 years of her married life devoted to her husband, kids and in-laws. And she hasn’t done any of this because someone’s asked her to. She’s done it whole-heartedly because she believes that’s the right thing to do. Before her marriage, Pratibha was a girl filled with hope, ambition and talents of her own and today is a middle-aged housewife faced with an identity crisis. She has lost the ability to say ‘No’ to her family, no matter how whimsical or unrealistic their demands. All she seeks is to be valued by her people for what she is and not for what she does for them. Her struggle is for things as basic as identity and existence as she longs to be acknowledged as a person. How will she learn to assert herself with her own loved ones without losing out on the bonds she’s cultivated with such care over the years? How will she slowly gain respect in the eyes of her own family? Produced by Shakuntalam Telefilms, ‘Hello Pratibha’ explores Pratibha’s journey of re-discovering her identity and gaining her lost confidence. Through Pratibha’s journey, the idea is to lend ummeed to women across the country – A hope that they can be even happier and feel more complete if only they searched their souls for their true identity, followed their hearts, rekindled their latent talents and learnt to assert themselves better! The show has an ensemble of talented actors. Returning on television with her third stint on ZEE TV is the charming Binny Sharma, essaying the title role. A Dance India Dance Season 2 finalist, Binny had won many a heart with her previous portrayal of Gauri in her debut show Sanjog Se Bani Sangini opposite popular actor Iqbal Khan. Portraying Mahendra, Pratibha’s husband is actor Sachal Tyagi, popular for his power-packed performance as the scheming and wicked Ranvijay in Zee TV’s Agle Janam Mohe Bitiya Hi Kijo. Snigdha Pandey who was seen as Bela in Zee TV’s Do Dil Bandhe Ek Dori se, will be seen as Pratibha’s sister-in-law,  ‘Sunidhi Chachi’ to her kids –  and playing the role of her mild-mannered husband is Tarul Swami. Sangeeta Panwar, will essay the role of Kashi, Pratibha’s mother-in-law. Zee TV Programming Head – Namit Sharma said, “‘Hello Pratibha!’ is the story of every middle-aged Indian housewife.  Our protagonist represents every woman who post-marriage, prioritizes the needs of her family over her own. She doesn’t do any of this grudgingly – all she asks for is to be acknowledged for the person she is. But, in caring for her loved ones round-the-clock, she has lost touch with her own identity. She has long forgotten who she once was, what her true interests and talents were before marriage. The show explores Pratibha’s journey of soul-searching and getting back in touch with the Pratibha she once was … gaining back her self-esteem and recognition of her existence by her family. Countless housewives across the country will be able to relate with Pratibha’s journey of dialing out to her earlier self and re-connecting with all that she once was!” About the show airing every Monday to Saturday instead of the usual Monday-Friday format, he adds, “Being a new show, the objective was to give it more exposure and give it ample room to grow on the audience.” Shyamashis Bhattacharya of Shakuntalam Telefilms said, “After the success of Sapne Suhane Ladakpan Ke and Banoo Mein Teri Dulhan, we are pleased to bring our new show ‘Hello Pratibha’ to the viewers of Zee TV. Our partnership with the channel has invariably produced content that we’re proud of. Indian audiences have often seen the kitchen politics women face within their family but rarely have television soaps tapped into what a home-maker truly wants for herself – an intimate, up-close and personal look into the mind of a housewife who’s dedicated her life to family and in the process, lost touch with the girl she once was before she tied the knot. We have taken time to scout for the right talent for the key roles. So while Sachal’s strong, somewhat intimidating persona lends itself well to playing the aloof indifferent Mahendra, Binny exudes the sensitivity and vulnerability required of Pratibha. ‘Hello Pratibha!’ with its differentiated content will connect with the thousands of housewives out there and hopefully set them thinking as to whether they should re-connect with who they once were before marriage”. ‘Hello Pratibha’ premieres on 27th January and will air from
Monday to Saturday at 7:30 PM, only on Zee TV.