India’s leading television, media and entertainment company, ZEE Entertainment Enterprises Limited (ZEEL) today announced the launch of &TV, their flagship Hindi GEC under the ‘&’ bouquet. The newest entrant in the Indian GEC marquee, &TV unveiled its flagship property, ‘India Poochega – Sabse Shaana Kaun?’, adapted from an international format Who’s Asking by Israel based Armoza. The baton of ‘India Poochega – Sabse Shaana Kaun?’  has been handed over to someone who personifies the brand and is the epitome of achieving his dreams with pure passion and determination – none other than Shah Rukh Khan. 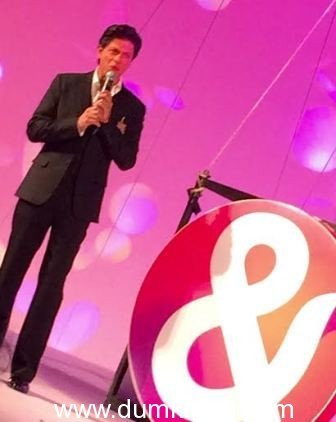 Like the host, the very format of the game show challenges conventions. For the first time in India &TV presents a show where the common man will don the role of the ‘Asker’, as well as that of the ‘Contestant’. While the Askers shall pose the questions, the contestants will be seen demonstrating their street-smartness to win the prized money. Produced by Siddhartha Basu of Big Synergy, this new age game show is all set to change the dynamics of non-fiction formats on Indian Television.

Derived from the conjunction ‘&’, the channel stands for binding people, ideologies and philosophies. &TV will mirror the thinking and values of an evolved India – the New Age &DIA! The content of the channel is contemporary and contextual, depicting the progressiveness of the viewers. Celebration being the core of the brand, &TV will ‘celebrate the spirit of living’ through its content offering. 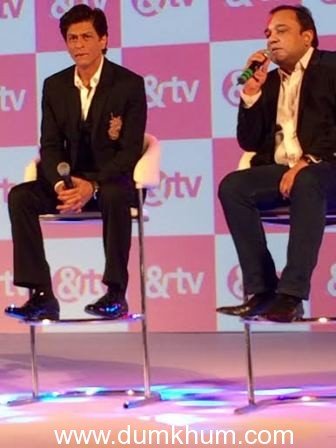 Commenting on the launch, Mr. Punit Goenka, MD & CEO, ZEE, said, “&TV will offer a more substantial viewing experience to an audience that is always seeking fresh and relevant content. The channel extends our Hindi entertainment portfolio under the ‘&’ bouquet and will add to the consolidation of our leading position in the entertainment industry. We are certain that with the launch of &TV, we will capitalize on further such opportunities to build a robust entertainment bouquet and march ahead towards achieving the global ambitions set for the Company.” 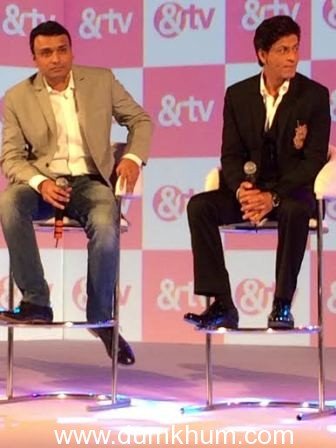 Mr. Rajesh Iyer, Business Head, &TV said, “& is a symbol of revaluation and the channel has been conceptualized to depict change, stay contextual and contemporary. While the spirit of &TV is young, it is deep rooted in values. We intend to be a power house of Entertainment, by tapping into and harnessing the powerful changes in the thinking, mindset and belief sweeping through this country of billions. As a new channel we will lead with innovation, try new things and new ways to meet the challenges of an increasingly competitive environment. We are thrilled to have Shah Rukh Khan as the host of our flagship non-fiction property and we are certain that the audience will enjoy a different side of their superstar!” 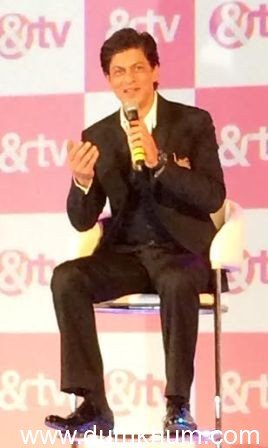 Shah Rukh Khan said, “I am very excited to be a part of &TV’s game show India Poochega – Sabse Shaana Kaun? It is a unique game show that gives merit to the street smart ones. You might not be a scholar or a master in any field but if you are smart then this game show is for you. The channel has decided to bring on board innovative content that hopefully will personify the spirit of New Age India.” 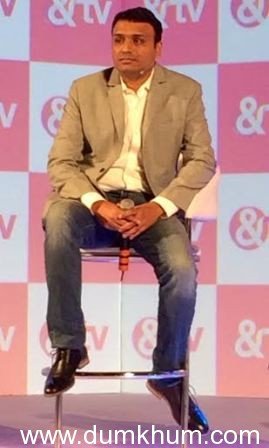 &TV unveiled a host of its fiction properties at the event amidst huge fanfare and aplomb! Starting with, Begusarai, a quintessential quirky land set in the hinterland of Bihar. No less than a Bollywood blockbuster, the show has been produced by Saregama Productions, the channel has roped in noted film maker Tigmanshu Dhulia to design the first look of this multi-starrer film on TV. The quirky saga of Begusarai promises to light up the small screen with a whole lot of drama and a refreshing dialect.

Furthermore, the channel showcased a magnum opus Razia Sultan, an untold story of the 13th century. Produced by Swastik Productions, the story has been written by Mihir Bhuta and the grandeur of that era has been brought to life by Omung Kumar.

The channel also unveiled a story that any contemporary Indian will relate to –Badii Devrani. Produced by Shashi Sumeet Production, this family drama brings out the essence of relationships.

With production standards par excellence &TV intends to leave no stone unturned making television viewing a cohesive experience for every household. The brand comes to life with the soulful rendition of “Jashn Jeene Ka” conceptualized and created by one of Bollywood’s most talented duo and the current musical sensations – Sachin-Jigar. 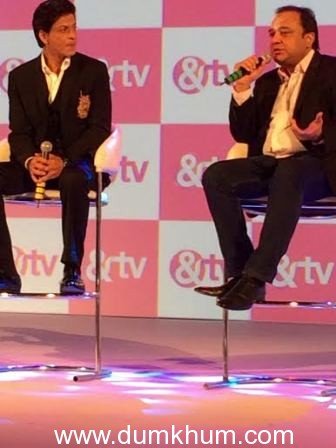 With its high octane content &TV is the next big thing to hit the TV screens this MARCH!

&TV is the flagship Hindi GEC amongst the ‘&’ bouquet of channels from Zee Entertainment Enterprises Limited (ZEEL), a global media and entertainment company.

Staying true to the personification of the Ampersand, &TV signifies a conjunction of aspirations and rootedness which is synonymous with the spirit of New Age India. Through its content offering, the channel will bring together people and ideologies thus fostering cohesive viewing within Indian households. &TV will showcase a diverse and dynamic mix of relatable fiction, high voltage non-fiction, marquee events and blockbuster movies. The channel will be available across all Cable and DTH platforms.