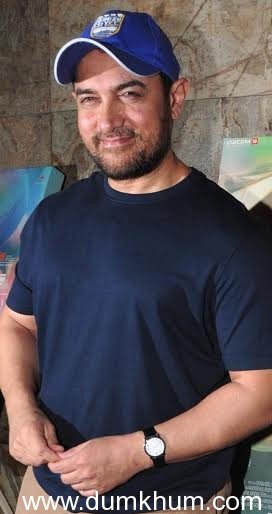 Aamir Khan will be seen playing a father to four daughters in his next film Dangal. While two girls; Fatima Shaikh and Sanya Malhotra had been finalized to play the roles of two of his daughters, now two more girls have been finalized.

Zaira Wasim from Kashmir and Suhani Bhatnagar from Delhi will play the younger Fatima and Sanya in the film.

The scout for casting the girls have been going on since early this year. The makers have been undertaking screen tests and wanted to be sure they cast new faces. Aamir along with the girls have now started prep for the film. They are all following different diets and work out regimes. Dangal is directed by Nitesh Tiwari.