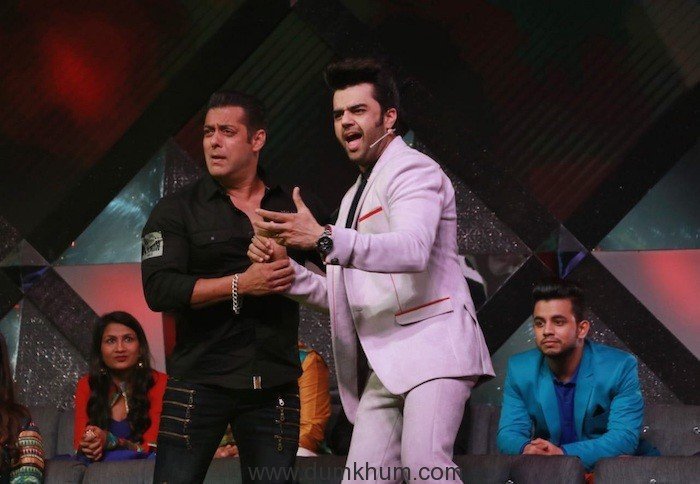 The two men brought the stage on fire on the sets of a singing reality show. 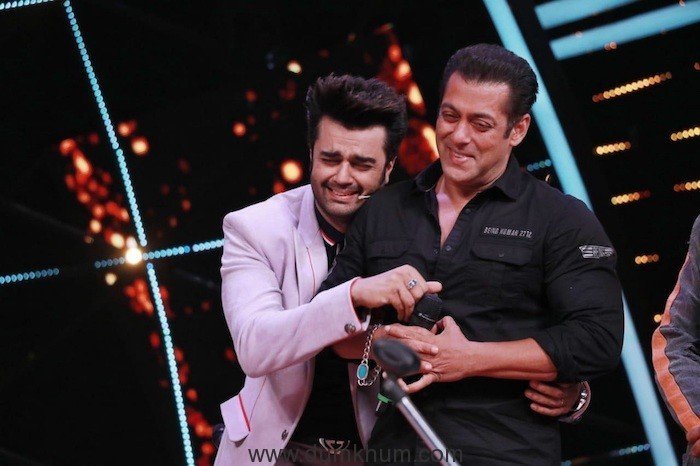 When the Sultaan of Bollywood and Sultaan of the stage meet, we know how the two can literally take any event to another level. After all, isn’t that what Sultaans do (wink wink!). Where Maniesh Paul is known for his wit and humour, we are all aware of the charm that Salman has in his laughter. Where Salman is known for his quirky remarks, we know the impromptu acts of Maniesh Paul. When these two men come together, we can only imagine the madness created! It is no secret that the two share a great friendship and an amazing bond. A lot of times in the past, we have seen the two create madness with their charm and jocularity. Maniesh also accompanied Salman in the Da-Bangg tour this year…the two were seen sharing the stage as they performed and entertained the audience. Maniesh even confessed in the past how he has been hugely inspired by Salman in a lot of aspects and still keeps learning from him. Recently, the two shared the stage again as Salman went on Indian Idol to promote his upcoming movie. While the show is high on TRPs courtesy Maniesh Paul, Salman being present added as an icing on the cake. The entire set was rolling with laughter with the jugalbandi that the two men share!