Gitanjali Creations, in association with Saga Music, unveiled the music album of the
internationally acclaimed film YEH KHULA AASMAAN, scheduled to release on 25th May 2012. The music was launched
amidst a lot of fanfare by renowned lyricist and writer Javed Akhtar along with the star cast – Raghubir Yadav, Yashpal
Sharma and debutantes Raj Tandon, Anya Anand. Directed by Gitanjali Sinha, the music of YEH KHULA AASMAAN has
been composed by Anand – Milind, while the lyrics have been penned by Ravi Chopra. The audience was enthralled
Kunal Ganjawala’s live performance, woven in to live music rendered by Anand-Milind, with stage performances
by movie’s lead stars, Raj Tandon and Anya Anand. The exceptional background music also has vocals from Suresh
Wadekar, Swapnil Bandodkar, Gayatri Ganjawala, Raghubir Yadav, Soham and Amey Daate. 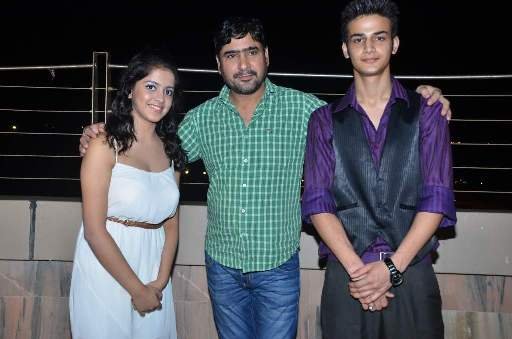 The award-winning movie, YEH KHULA AASMAAN, which has won several accolades in various international film
festivals, and will be released in cinemas in May 2012, addresses the dreams and challenges of today’s youth by citing
an example of an IIT-aspirant young boy, on the verge of succumbing to academic failures and a victim of the crumbling
bond in the Indian family. Representing today’s youth and the academic pressures they face, the movie has been
produced by Hemendra Aran of Gitanjali Creations, and is the directorial debut of Gitanjali Sinha. Inspired by a true
story, the film is about bridging generation gaps and the portrayal of a determined human spirit supported by strong
family value and systems.
Speaking at the launch, Chief Guest Javed Akhtar said, “I have had a long standing association with Anand-Milind and it
feels great to welcome them back to the Bollywood music industry. The Hindi film industry has evolved over the years
and it is encouraging to see talented debutante directors like Gitanjali Sinha attempting to make a difference to the
society through meaningful films such as Yeh Khula Aasmaan. I believe that such young talent should be encouraged and
supported and that’s exactly the reason I am here.” 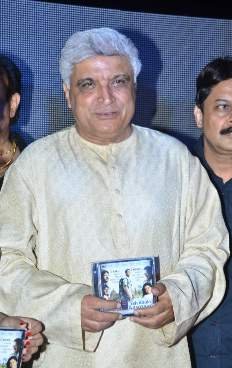 The music directors’ duo Anand-Milind is making their comeback with the music of this inspirational movie nearly six
years after their last composition in Bollywood. Recipient of 4 Filmfare awards, Anand-Milind have composed melodious
music for over 200 Bollywood films, including super-hit Bollywood movies like Qayamat Se Qayamat Tak, Anjaam,
Suhag, Dil, Bol Radha Bol, Anari, Kurbaan, and Beta. The talented pair provided innumerable hits for many established
actors like Aamir Khan, Salman Khan, Shah Rukh Khan, Rishi Kapoor, & many more. Commenting on their latest
renditions in YEH KHULA AASMAAN, Anand said “Since the movie touches emotions across three generations, we have
tried to create music that touches the depths of the heart on one hand and soars like a kite on the other. Since it deals
with the youth, we have also tried to keep it very contemporary and hope that our fans will relive the same euphoria
that we have delivered in the past.” Adds Milind, “YEH KHULA AASMAAN has been one of the most challenging works of
our entire career. It feels great to come back to Bollywood mainstream music after a while, and we wanted to make sure
that the album is equally special. We can proudly say that this is one of our best works so far and hope that the audience
feels the same.” 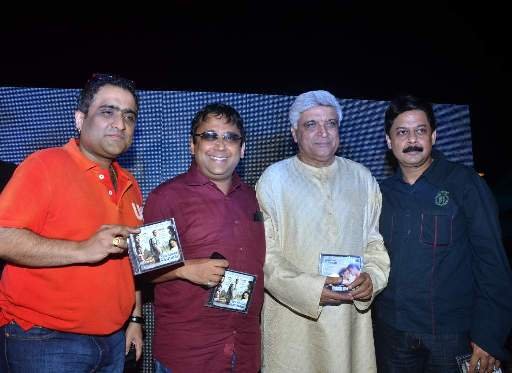 Yeh Khula Aasmaan’s album opens with the melodious track – Har Ghadi Ek Naya – sung by one of Bollywood’s
renowned playback singers, Kunal Ganjawala. “It’s always great to work with Anand-Milind, whom I consider to be
legends and great contributors of the Bollywood music industry. The music of the film comprises of some of the most
heartfelt tracks I have sung or heard in recent times. It’s different from our usual Bollywood masala tracks, and I
hope it receives the appreciation it deserves”, said Kunal Ganjawala who also entertained the audiences with his live
performance at occasion. 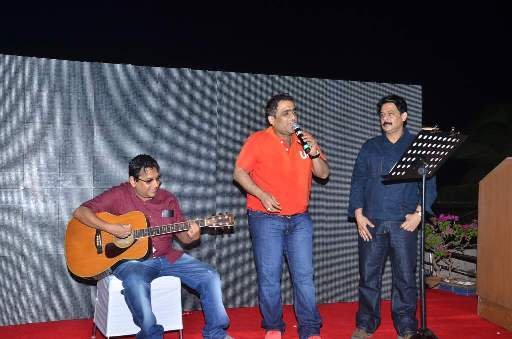 YEH KHULA AASMAAN is the directorial debut of Gitanjali Sinha, who has been trained in film making at the New York
Film Academy, USA, St. Martin’s College of Arts, London, and at Subhash Ghai’s Whistling Woods Film Institute in
Mumbai. She says, “It’s an honor to work with distinguished music artists such as Anand-Milindji and Kunal Ganjawala.
I have been a huge fan of Anand-Milindji since their Beta and Raja Babu days. Being my first film, Yeh Khula Aasmaan is
very special to me and I consider myself lucky to have got them on board as the music directors. Undoubtedly, I consider
the music of Yeh Khula Aasmaan to be the USP of the film.”
Being one of the few Bollywood films to be largely inspired by the Indian tradition of Kite Flying, the film also has a song
reiterating the lessons of life one can learn through the medium of a ‘kite’ – Zindagi Bhi Patang Hai. The song is sung by
international award winning Bollywood artist Raghubir Yadav, who also plays the role of a grandfather in the film. He
says, “This is a very special song to me. Having used kite flying as an important meaningful metaphor in this movie, we
thought of creating a song based on the beautiful lessons a mere kite can teach us. Each and every person with a soul
shall be able to relate to this film as well as the song. I can proudly say that this is the best song out of all the ones I have
sung in my career.”
The music album, being distributed by Saga Music, has six soulful tracks and is available at prominent stores all
over India. The music has also been made available on mobile phones and online portals by digital partner Unisys
Infosolutions. You can watch the trailer of the movie on http://www.youtube.com/watch?v=MXQ87NkI7zw.
About YEH KHULA AASMAAN
Inspired from a true story, YEH KHULA AASMAAN portrays the extremely challenging phase of an IIT-aspirant young boy
on the verge of succumbing to academic failures, and highlights the value of strong familial system to help nurse bruised
young minds. YEH KHULA AASMAAN is the first ever Bollywood film to have won the Best Foreign Feature Film at the
All Sports Los Angeles Film Festival. Additionally, the film has not only won an award at the Kids First! Film and Video
Festival in USA but has also been appreciated and selected at the International Film Festival – South Africa, International
Youth Film Festival, International Film Festival – Ireland and Heart of England International Film Festival. The film also
received a standing ovation at the Haryana International Film Festival.
About Gitanjali Creations
Gitanjali Creations is a film production house setup by independent film-maker Gitanjali Sinha. Trained at the New York
Film Academy, St. Martin’s College of Arts, London and at Subhash Ghai’s Whistling Woods Film Institute, Gitanjali is
passionate about making meaningful cinema. The group aims to produce meaningful cinema by combining ingenuity
with fresh ideas and talent.
About Saga Music
Saga Music is a fast-growing privately-held music distribution company with presence in Bollywood and regional film
industries of India. Saga Music to its credit has a repertoire of more than 15 Tamil movie labels and music albums by
almost 100 leading and upcoming Punjabi singers. It has an inventory of more than 4,000 tracks of film and non-film
music including genre such as devotional, romantic, remixes, folk, and pop Bhangra, among others. Saga Music has
been associated with several big-ticket as well as frugal-budget movies including Allah Ke Banday, Tera Kya Hoga Johny,
Bhindi Bazaar, West is West, Khap, Chala Mussadi Office Office, Jo Dooba So Paar, Stand By, and Life Ki Toh Lag Gayi,
among others. 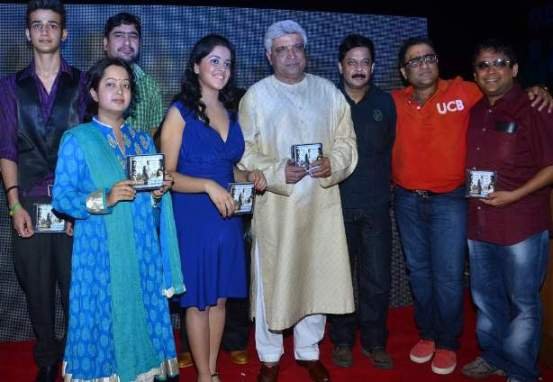