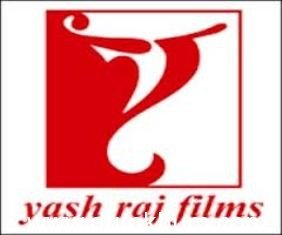 It is befitting that The Competition Tribunal dismissed the appeal filed by ADF against the order of the Competition Commission exactly a year since Jab Tak Hai Jaan released on 13th November 2012.

After the COMPETITION COMMISSION had dismissed the complaint filed by AJAY DEVGN FILMS (ADF) on the basis that they were of the opinion that there was no contravention of the Act in this case, the COMPETITION APPELLATE TRIBUNAL, in a order of 8th November 2012, also refused to pass any interim order against YASH RAJ FILMS (YRF) on the ground that the complainant had not put forward sufficient facts to establish that YRF had violated the Competition Act.

A completely misleading press release was put out by ADF alleging that an enquiry had been set up to look into ‘the anti-competitive activities of YRF’ since the Competition Appellate Tribunal had not found any merit in the contention of ADF because the Tribunal was of the view that ADF had totally failed to establish that the agreements entered into by YRF with the single screens cinemas would cause any appreciable adverse effect on competition. It was also noted by the Tribunal that YRF had announced the release of its film on 27th June 2011 with its announcement of the release of its film for Diwali 2012 and commenced booking of single screen theatres in June, July & Aug 2012. On the contra, ADF announced the release of its film only on 29th May 2012 and approached the single screen owners only in October 2012 by which time YRF had taken a lead. It was expressly noted that the number of screens contracted for JAB TAK HAI JAAN, being far less than that of EK THA TIGER, prima facie no case of adverse effect on competition, much less appreciable effect on competition, was made out.

It is unfortunate that our refusal to comment had led to aspersions being cast on YRF’s business practises, which have always been ethical and of the highest standards.

On 13th November 2013, after considering and dismissing individually all the points raised by the Appellant, AJAY DEVGN FILMS (ADF), the Honourable Chairman, Justice V. S. Sirpurkar and the other Honourable Members of the Coram, Shri Rahul Sarin & Mrs. Pravin Tripathi, concluded that “there is no merit in this appeal and this appeal must be dismissed”.

Let’s put to rest once and for all that YRF has, and will always, adopt the best business practices… and will continue to do so, jab tak hai jaan!