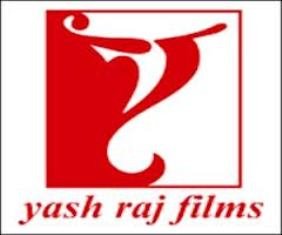 Mumbai, September 21, 2012 – Yash Raj Films Pvt. Ltd., India’s largest film studio and IMAX Corporation (NYSE:IMAX; TSX:IMX) today announced that the action thriller DHOOM:3, the next offering from YRF from the most popular franchise in the Indian film industry, will be digitally re-mastered in the immersive IMAX format and released in IMAX ® theatres across India and select global locations next year. The film marks the first Indian local-language
production to be released in IMAX. The Company currently has 14 IMAX theatres open or contracted to open in India.

From producer Aditya Chopra and director Vijay Krishna Acharya, and starring Aamir Khan, Dhoom:3 is the next installment in one of the most famous franchises in Indian box office history. Also starring Abhishek Bachchan, Uday Chopra and Katrina Kaif, the film tells the story of the adventures of Jai Dixit, a no-nonsense cop, and his scatterbrained partner, Ali. The success of Dhoom and Dhoom:2 have established this as Bollywood’s pre-eminent franchise.

Speaking about this collaboration, Yash Chopra said, “IMAX has always symbolised high quality film entertainment and experience and this vision of the company works very well with the ethos of YRF which has been synonymous with Indian film entertainment over the last four decades. We are indeed happy to announce our association with IMAX for the additional release of DHOOM:3 in this exciting format next year. Added to the anticipated thrill that the film promises, this IMAX experience will give it an all new edge of the seat dimension altogether. We look forward to closely working with their team over the coming year.”

“Our network growth in India has reached a point where we’re now able to present local- language films in IMAX, which is paramount to our success in the region,” said Greg Foster, Chairman and President, IMAX Filmed Entertainment. “We’re very excited to begin this partnership with Yash Raj Films and look forward to working with director Vijay Krishna Acharya and Yash & Aditya Chopra on this highly anticipated Bollywood blockbuster. With its riveting action set pieces, global locales and stunning visuals, Dhoom:3 is an ideal film to take advantage of our immersive format as we begin our initiative with Indian-language/Bollywood films.”

The IMAX release of Dhoom:3 will be digitally re-mastered into the image and sound quality of The IMAX Experience® with proprietary IMAX DMR® (Digital Re-mastering) technology. The crystal-clear images coupled with IMAX’s customized theatre geometry and powerful digital audio create a unique environment that will make audiences feel as if they are in the movie.

About Dhoom:3-DHOOM:3, the next offering from Yash Raj Films from the most popular franchise in the Indian film industry, is already a much awaited media event of 2013 and the film is anticipated to experience one of the largest theatrical releases worldwide ever seen by an Indian film. With a stellar star cast, the film aims to set a new benchmark amongst action films in Indian Cinema.

Once again the franchise will introduce a new modus operandi as it follows the path of police inspector Jai Dixit (Abhishek Bachchan) and his lovable sidekick, Ali (Uday Chopra), in their characteristic fight against crime. This time they come up against the charismatic and versatile, Aamir Khan, who will take up the mantle of the anti-hero and carry DHOOM:3 into hyper drive.

About Yash Raj Films -Yash Raj Films is the leading player in the Indian film industry and the country’s premier independent Studio conglomerate. The Company’s core lies in the production and distribution of some of the industry’s highest grossing films. With offices also in New York, London and Dubai, YRF handles the global distribution of its own films. The Company also
has its own music and home entertainment labels, design cell and post-production facilities, internet, digital, merchandising, licensing, marketing and talent management divisions, as well as in-house units focused on the creation of television software, ad films, and music videos.
YRF also has its own state-of-the-art fully integrated Studio, producing a slate of films annually, and thus making it an integral part of the entertainment business in India. It has also recently set up a youth films division, Y Films focused on making films on the youth and become the
key platform for giving opportunities for new talent. The Studio also announced its foray into the International space, YRF Entertainment, which has already completed its first project, “The Longest Week” and has announced its next project, “Grace of Monaco”.

About IMAX Corporation -IMAX Corporation is one of the world’s leading entertainment and technology companies, specializing in the creation and delivery of premium, awe-inspiring entertainment experiences. With a growing suite of cutting-edge motion picture and sound technologies, and a globally recognized entertainment brand, IMAX is singularly situated at the convergence of the entertainment industry, innovation and the digital media world. The industry’s top filmmakers and studios are utilizing IMAX theatres to connect with audiences in extraordinary ways, and as such, the IMAX network is among the most important and successful theatrical distribution platforms for major event films around the globe. The Company’s new digital projection and sound systems – combined with a growing blockbuster film slate – are fueling the rapid expansion of the IMAX network in established markets such
as North America, Western Europe, and Japan, as well as emerging markets such as China and Russia. IMAX deliver the world’s best cinematic presentations using proprietary IMAX ®, IMAX® 3D, and IMAX DMR® (Digital Re-Mastering) technologies. IMAX DMR enables virtually any motion picture to be transformed into the unparalleled image and sound quality of The
IMAX Experience®. IMAX is headquartered in New York, Toronto and Los Angeles, with offices in London, Tokyo, Shanghai and Beijing. As of June 30, 2012, there were 663 IMAX theatres (529 commercial multiplex, 20 commercial destination and 114 institutional) in 52 countries.