Writer and director Gopi Puthran speaks on how he is the only film-maker to have a female cop franchise to his credit ! 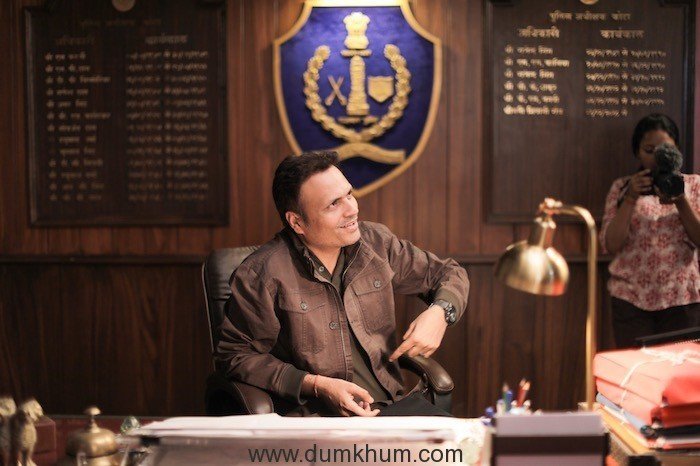 There is so much void and dearth of stories on women!’ : on its sixth anniversary, Mardaani writer Gopi Puthran, who became the director of Mardaani 2, speaks on how he is the only film-maker to have a female cop franchise to his credit.

Writer and director Gopi Puthran has had a fantastic journey in the film industry. He stepped into YRF as the writer of Lafangey Parindey, then he became the writer and assistant director of Mardaani and then graduated to become a director in Mardaani 2. Gopi has been closely working with Aditya Chopra for 10 years now and on the sixth anniversary of Mardaani, talks about how he is the only film-maker to have a super hit female cop franchise to his credit!

Gopi says, “The reason why (that’s my speculation) Mardaani as a franchise resonated so much with the audience is because: A. There is so much void and dearth of stories of women, which are sincerely told while tapping onto the correct insights of the problems and the journey of women. So, somewhere I think, Mardaani as a universe is tapping into the core of being a woman, especially in a patriarchal society. The themes that we have been dealing with in part 1 and 2, the struggle of maintaining one’s own identity in a world where you are constantly asked to compromise, that’s something which we approached with so much sincerity.”

Gopi adds, “I think this has somewhere put the point across to people and has resonated with the audiences. I think the sincerity of our themes and dealing with the issues that women face has clicked with the audiences and I hope we continue to do justice in the way we approach the themes in the subsequent parts that we’ll hopefully be doing.”

In 2020, Gopi completes 10 years of his association with YRF, a journey he cherishes dearly. Gopi says, “It’s truly some karmic thing, some connection that I have with YRF and most importantly with Aditya Chopra. The ease with which, right from the first meeting, we connected creatively, I could freely argue with him if I felt strongly about some point. I could freely put my point across, even as a complete rookie and that for me is one of the special things about my relationship with Adi and YRF. From day 1, there was this relationship, respect which is such a rarity. Somehow he has never interfered or asked me that this is how you should do or I want it this way, this way it can be done/can’t be done any other way. This openness and nurturing is what has made me what I want to be here.”

Gopi shares an incredibly endearing relationship with Rani with whom he has weaved magic on celluloid through the Mardaani franchise. Gopi says, “Rani has actually given life and her soul to this character, Shivani Shivaji Roy. The way instinctively she added so much of depth, so much of gravitas to this character, is so satisfying, especially for a writer when you see that a star and an actor puts in so much of effort and instinct. She has made Shivani Shivaji Roy come alive.”

Gopi feels Rani is a natural at action sequences and pulled them off with ease. “She has been brilliant in action sequences. Right from Mardaani 1 to Mardaani 2, Rani is a complete natural when it comes to action sequences. It was like she was meant to do this part. That is why it is a satisfying watch. She can bring the vulnerability and she can bring the toughness both of the characters at the same time. Thus, Shivani became as unique a character as you would have ever seen on Indian Cinema. That is entirely Rani, her capabilities, her genius,” says Gopi.

From being a writer of Lafangey Parindey, Gopi is now a celebrated and much sought-after director in Bollywood. He says, “It was hugely magnanimous on dada’s (Pradeep Sarkar) part who said that you be a part of this process (making of Lafangey Parindey). Both of us, in a way, partnered together through Lafangey Parindey to Mardaani part 1 and that is how I ended up being an associate director on both these films. I always wanted to direct. I was one of those writers who knew that I will write and direct at the same time. I was just waiting for the correct project to come along.”

He adds, “While I was discussing this with Adi, we were speaking about a couple of projects that I should be directing. He suggested that why don’t you just direct the sequel to Mardaani because you know the world entirely. It will be relatively simpler for you to mount this in the correct way. You have an equation with Rani, so it should be your debut film. I completely and wholeheartedly agreed to it and that’s how it fell into place.”