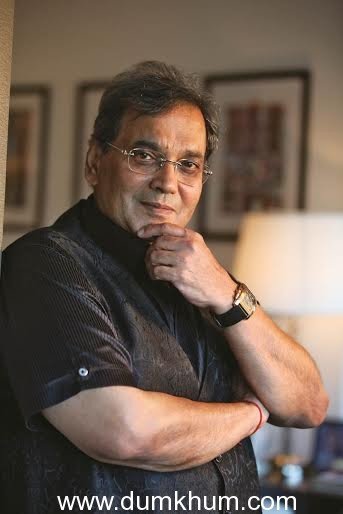 Jagran Film Festival is back in its sixth edition and it is raining reasons to attend and make the most of the experiences in store at India’s largest film festival. Besides offering a glimpse of the world cinema, this year’s festival has an enriching lineup of workshops, master classes and sessions that are hard to miss.

Committed to nurturing the budding film talent in India, Jagran Film Festival brings a series of value-adding workshops for aspiring film makers, budding script writers, and cinematographers as well as for anyone with a curious mind and keen heart for films.

The 6th edition of Jagran Film Festival has partnered with veteran Film maker Subhash Ghai’s prestigious film school Whistling Woods International, Mumbai, in a fresh initiative to take film education to often ignored small towns of India. Often international film festivals have been accused of their ‘highbrow’ attitude, missing out on small towns. This initiative by the veteran Director-Producer-Academician will bridge the gap between small towns and metropolitan cities as far as exposure to film education is concerned.

As ‘Master Classes Partner’ of the Jagran Film Festival, the faculty of Whistling Woods International will travel to meet and teach the student community and budding film makers across 17 cities of India conducting Workshops, Short duration Courses, Master Classes, Question and Answer sessions with film personalities. In some of the cities covered by the Festival, Subhash Ghai will make a personal appearance and reach out to prospective film makers. These workshops and Master Classes will range from general to technical subjects with a view to impart ‘spot exposure’ to prospective film makers.

Screenwriting Workshop with Anjum Rajabali: A 2-hour workshop delves into the knowledge of basic storytelling principles combined with an understanding of the form & rhythms of the screenplay. Anjum Rajabali in his proven ways will cover the entire journey of the script from theme, premise, character, and plot, to structure, scene construction, and dialogue, and the use of music and song in Indian script.

Q&A with Anjum – An hour worth of chit-chat, dispelling doubts, queries and all the curiosity a novice screen-writer has before entering the endless world of creative expression on the big screen.

Q&A with Subhash Ghai – 90 minutes of pure expert speak simmered with real life anecdotes from the veteran director’s prolific film career. The session with Subhash Ghai besides being inspiring, takes every participant into the world of films from a filmmaker’s point of view and offers a blueprint of what this thriving medium has in store for those who possess a vision to portray a film idea onto the silver screen.

Still Photography workshop by Krishhna Murthy: It’s Krishhna Murthy’s camera, lenses and some magic with light that delights those with a camera and inspires those without one to explore a world where a picture is worth a thousand words. From digital photography, camera operation to handling techniques and light tricks, it is time to discreetly open up one’s creative side and let stills do the talking.

How Films are made by Somnath Sen: A walk down the film-making lane withan opportunity to gather nitty gritties all along the way, with Somnath Sen of Leela (2002), Faisla (2005) and Gora (2012) fame. Through this 90 minutes workshop, film lovers learn the nuts and bolts of film making spanning the entire gamut from ideation till its execution – all this from a film-maker’s lens itself.

With such an all-rounded medley of workshops, 6th Jagran Film Festival is a film feast and crash course on films packed in one.

The 2015 edition of Jagran Film Festival will traverse from Delhi to the Indian hinterlands of Kanpur, Lucknow, Allahabad, Varanasi, Agra, Meerut, Dehradun, Hisar, Ludhiana, Patna, Ranchi, Jamshedpur, Raipur, Indore, and Bhopal before culminating in Mumbai.  In close collaboration with festival partners such as Whistling Woods International (WWI), Film Federation of India (FFI) and Motion Picture Association (MPA) Asia Pacific Screen Awards (APSA), the 2015 edition is all set to surpass its own last benchmarks of presenting over 16 cinema appreciation workshops, 400 screenings in 17 cities, that were witnessed by a direct audience of more than 50000 film aficionados and a media reach-out to nearly 50 million people in India in 2014.