Winning through the year 2019, Sara Ali Khan grabbed all debutant awards in her list! 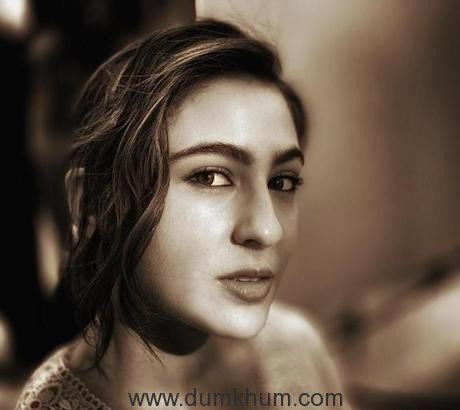 Sara Ali Khan has always delivered promising roles and has nailed every character by bringing all the justice to it. Despite being just two films old, she has swept all debutant awards in the year 2019 and it totally proves how Sara is on a winning spree!

Taking all over our hearts through her sincerity towards her work, Sara Ali Khan has charmed us by sweeping all the debutant awards for this year. Breaking the big box of awards in the category of debutants, she has captured Filmfare Award for the best female debut, IIFA Award for Star Debut of the Year and now, very recently Rising star at Nickelodeon Kids’ Choice Awards.

Sara also won other significant awards with Vogue‘s Fresh Face Female of the Year. The actress has earned a successful spot for herself by getting all the accolades in her kitty! Since her debut in Kedarnath as “Mandakini” which was further followed by her next character in Simmba- both have successfully got praised at the box office, critics and was immensely loved by the audiences also.

She has been hailed as the “Buzz Girl” of Bollywood because of the hype around her that was witnessed after her debut in Kedarnath and her skills of portrayal as the real character in the film.

Sara Ali Khan stepped through Kedarnath which was directed by Abhishek Kapoor. Her next was with Ranveer Singh in ‘Simmba’ and this pair got lots of love from the fans and audience. She was in buzz before her debut and after that, she got hailed as the “Buzz Girl” of Bollywood after her back to back releases.

Sara Ali Khan has beautifully brought every character to life and the awards that she’s achieved reflects that which truly also shows the success that she has garnered for herself ever since the debut.

On the work front, Bollywood’s buzz girl Sara will be seen in the recently announced Imtiaz Ali ‘s next alongside Kartik Aaryan and with Varun Dhawan in ‘Coolie No.1’, respectively. With a trail of promising projects, both the films are slated to release next year.