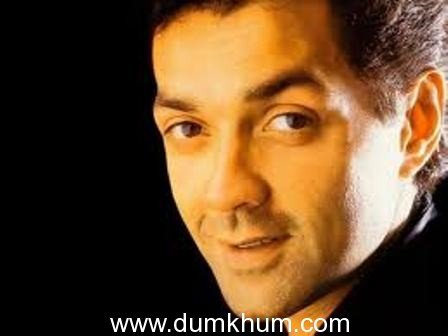 Bobby Deol had a tough time while shooting one of the sequences from his upcoming film, ‘Yamla Pagla Deewana 2’. During the shooting of the title track of the film, Bobby was supposed to open a champagne bottle on cue. While the shot was on, his co-star Kristina Akheeva quite easily opened the bottle. However, Bobby could not pop the cork even after trying repeatedly. He kept on trying to open the bottle, but could not, much to the amusement of the cast and crew members.
During the next shot, a more determined Bobby popped the champagne cork in his first attempt.
Speaking about this incident, Bobby said, “That’s always the case with opening a champagne bottle. When you want it to open, it doesn’t open. Otherwise, it just pops out and spills all over. In my case, it didn’t open!”
Must have been a relieved man!
While Dharmendra, Sunny Deol and Bobby Deol will reprise their roles from the previous film, ‘Yamla Pagla Deewana’, Neha Sharma and Kristina Akheeva will play the female leads. The film also features Johnny Lever, Anupam Kher, Annu Kapoor and Sucheta Khanna in pivotal roles. ‘Yamla Pagla Deewana 2’, directed by Sangeeth Sivan, is set to release on June 7.