Through this rhythmic song Dino aka Armaan is trying to make Karishma aka Deeksha feel special. This vibrant song video showcases the camaraderie between the protagonists who are seen surrounded with fun and frolic all over. Audiences can also catch a glimpse of a few scenes from the movie and the actively enthusiastic life of youngsters in college through this song video.

Tu Shining is beautifully sung by Hriday Gattani. Music for the song is composed by one of the greatest musician in the world of music A.R. Rahman and the lyrics are penned by Amitabh Bhattacharya. 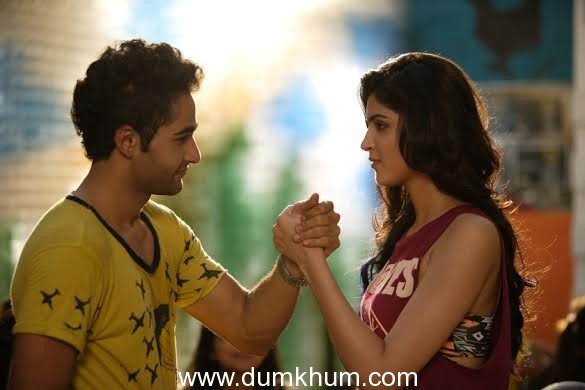 ‘Lekar Hum Deewana Dil’ is a love story presented by Illuminati Films and Eros International. The film is written and directed by Arif Ali, who is renowned film maker Imtiaz Ali’s brother.

From the same banner that’s known for its contemporary love stories like Cocktail & Love Aaj Kal, LHDD is a new age love story about today’s couple. The movie is set to release on 4th July 2014.