Want to be a real-life hero & support J&K relief? 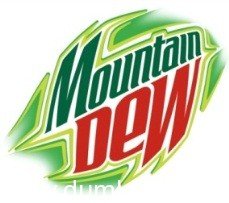 Saluting the spirit of real-life heroes who have been helping with the relief work in Jammu & Kashmir (J&K), Mountain Dew also announced that sales proceeds from all participations in the #HeroesWanted campaign, 2014 will be donated to the Prime Minister’s Relief Fund to support the affected residents of the state. Through this gesture, Mountain Dew admires the spirit of young, Real Heroes working as rescue workers in J&K and how they have been a source of inspiration for Indians across the world.

Through Mountain Dew #HeroesWanted, the brand calls out to the real-life heroes to win a once-in-a-lifetime opportunity to share screen space with Hrithik in a short action film. The campaign has been designed to re-instil the importance of overcoming fear in everyday life and living up to the immortal spirit of Darr Ke Aage Jeet hai. Adventure enthusiasts can register for Mountain Dew #HeroesWanted by buying a 600ml, 1 lire and 1.25 litre PET bottle of Mountain Dew and messaging the code behind the label.

Hrithik Roshan, Actor & Brand Ambassador, Mountain Dew said, “Everyone has a hero inside and one doesn’t need any superpower to be one. For me, whoever has the courage to conquer his inner fears and move ahead with self- belief can become a hero. I’m excited about Mountain Dew’s #HeroesWanted campaign as it comes as an opportunity for me to be with the youth of the country who aspire to rise above the ordinary and become heroes,” said Hrithik. “So don’t wait, just grab a Dew and live up to your dream,” he added.

Speaking on the occasion, Ruchira Jaitly, Sr. Director, Marketing (Social Beverages), PepsiCo India said, “Mountain Dew is the original daring drink that unites adventure lovers across the country. With Mountain Dew #HeroesWanted, we aim to take the country’s adventure quotient a notch higher by giving enthusiasts an unmatched experience and an opportunity to test themselves.”

“We would also like to salute the real life heroes who have gone beyond their call of duty to help the people of Jammu & Kashmir,” she added.

Shikha Kapur, Chief Marketing Officer, Fox Star Studios, said, “Bang Bang encompasses the spirit of adventure and extreme thrill – it asks you to trust your instincts, challenge the mediocre and traverse new journeys. Mountain Dew embodies the same brand philosophy – it’s young, it’s ambitious and it dares you to go beyond the conventional. Its association with Bang Bang is dynamic and one which helps the film draw a personal connect to the many movie-goers out there. By giving an incredible opportunity for fans to feature in short action film alongside Hrithik Roshan, the #HeroesWanted campaign is sure to get the youth charged up while establishing the core promise of Bang Bang: it’s an action entertainer like no other.”

The Mountain Dew #HeroesWanted promo will be supported by a 360-degree approach including a thematic on-air campaign, outdoor & on-ground activations and an exciting digital engagement programme. Mountain Dew, the soft drink exhilarates like no other because of its daring, active, extreme citrus taste. Challenge, a can do attitude, adventure and exhilaration are deeply entrenched in its brand DNA and the brand has always celebrated the bold and adventurous spirit of the youth.The brand enjoys high salience in the Indian market via a deep and compelling consumer insight of ‘Darr Ke Aage Jeet Hai’. It encourages consumers to overcome their inner fears and try something new, explore new boundaries to emerge victorious.

The Mountain Dew ‘HeroesWanted’ promotion is valid from Sept 16th to October 15th, 2014.