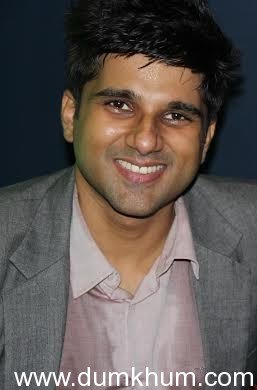 Into its fifth year in Mumbai, the global film festival is looking for indie short films that will represent India in the much competed final round

For the many uber-talented short film-makers in India, it’s time for the proverbial knock of opportunity. Manhattan Short, the international platform which showcases, celebrates and awards short films from across the world has given a call for entries. The film movement which begins now will culminate in a six-day festival across the world including Mumbai this September-October. Championing the voice of the Short Film genre along with Manhattan Short is Vivanta by Taj, Manhattan Short 2014 in India’s chief patron, which was associated with the festival in India last year as well. Vivanta by Taj has a strong bond with short films through a variety of activities.

Having had modest beginnings in 1998, the Manhattan Short has today become the most sought after platform of its kind. Dedicated to the short film genre and witnessing hundreds of entries from across the world every year, the festival has long established its global exposure.

Unlike its older, more different contemporaries a la Berlin, Cannes and Toronto festivals which have juries, the Manhattan Short is powered by the audience. This means that the audience that comes in to watch the films votes the winners. This year, Manhattan Short 2014 in India is rooting for an Indianfilm to win the global competition.

Audiences here can go to www.manhattanshortindia.com and vote for the films they feel should represent the country on the finalist list of the global competition. These 10 films are screened across Manhattan Short venues around the world, Mumbai having been on the map since 2010. What’s more, even the eventual winner is decided by audience voting.

This year will witness Vivanta by Taj and Manhattan Short India launch the ‘Vote for India’ initiative. Having planned both digital (a dedicated live broadcasting microsite) and on-ground events, this project will seek to inspire young film-makers in India to bag the big prize. The top three film-makers from India will get a paidopportunity to work with Vivanta on an exciting project.

The festival’s credibility coupled with India’s indie film scene growing with surety have attracted huge numbers of participants and cinema lovers to the competition’s entry rounds and final screenings.

“Manhattan Short in India has made itself into a coveted space. Right from inception, we have encouraged numerous raw talents to showcase their works to an already established global audience. This wide perspective is critical to see where they stand!” offered Mr Anil Sadarangani, Festival Director of Manhattan Short in India.

Mr. Veer Vijay Singh , Chief Operating Officer, Vivanta by Taj – Hotels & Resorts said, “We feel extremely proud to present the Manhattan Short Film Festival in India and drive the “Vote for India” initiative as it blends perfectly with Vivanta by Taj’s ideology of celebrating the idiom of style and spirit. Like all our brand properties around installations, design, music, technology, adventure and curious discoveries, even with this interesting initiative, we aim to provide a base for talented young Indian filmmakers and enable them to carve a niche in the industry. India has tremendous potential and a lot of people have begun developing an interest in making short films. We are excited to kick start this initiative and definitely hope to see an Indian win this year’s Manhattan Short Film Festival.”

Film lovers in Mumbai are in for a treat during the main festival dates of October 1st to October 5, 2014, for the screenings will be preceded by master classes and workshops by eminent film professionals. In the past, Manhattan Short India master classes have featured names such as Karan Malhotra, Shobhaa De, Sarika, Namrata Rao, Shan Mohammed, Gitanjali Rao, Kailash Surendranath and more.

The venue in Mumbai, Sitara Studio, an erstwhile theatre platform which has recently hosted independent artists of all sorts, promises to add an eclectic vibe to the festival. It will join venues across the world to host the festival simultaneously.

Budding film-makers will know this call for entries could well be a take-off point for their careers.

To send in entries, visit: www.manhattanshortindia.com