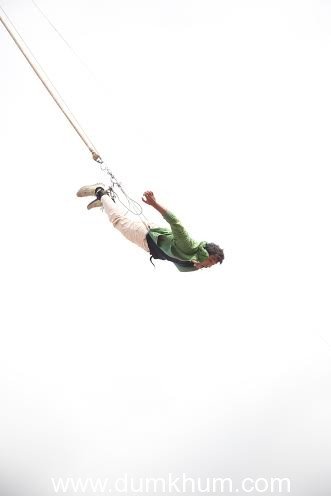 In one of the scenes in upcoming rom-com ‘Amit Sahni Ki List’, Vir Das is shown to be bungee-jumping. For the scene, the makers of the film got a bungee-jumping instructor from abroad for Vir Das and the actor underwent training for around 3-4 days before the sequence was shot.

Vir Das, who is fond of adventure sports, had a great time bungee-jumping and also encouraged some other cast members to try their hand at the sport.“ I’m a huge adrenaline junkie and the sequence gave me the opportunity to fulfill and strike off another sport off my wish list.” says Vir Das.