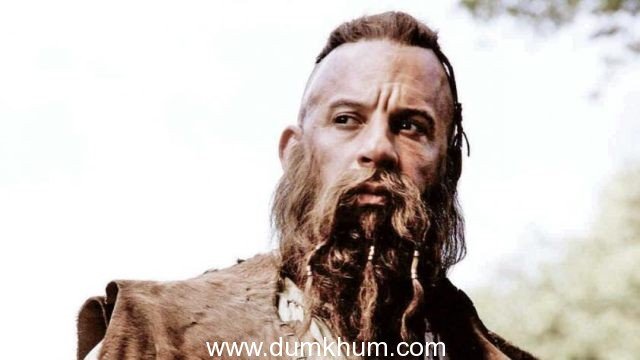 Vin Diesel, a force to be reckoned with in Hollywood and across the world is now listed as one of the highest paid actors in the world by Forbes magazine. Ranked 3rd after Robert Downey and Hong Kong comedy and action star Jackie Chan, Diesel – the leading man of the Fast and Furious franchise is betting big on his much awaited upcoming release – The Last Witch Hunter.

One of the most bankable stars of the 21st century, the multi-talented actor/producer has one of the biggest fan bases across the world. In fact, due to Vin Diesel’s growing popularity his last release Furious 7 was the fastest & only entrant in the eminent 100 crore club in India. The film went on to be the top grossing Hollywood film till date achieved this feat in just one week! Looking forward to repeat the box office success of his last release, Essel Vision Studio is planning to release the actor’s next supernatural action thriller, The Last Witch Hunter on Thursday,22nd October a day prior to its international release in India.

Interestingly three stars from India’s Bollywood film industry also feature in the top 10 This is the first time that actors from the Indian film industry have featured on the list Amitabh Bachchan, Salman Khan and Akshay Kumar, household names in India’s prolific film industry known as Bollywood, clocked in at seventh, eighth and ninth ahead of another Hollywood leading man, Mark Wahlberg.

Presented by Lionsgate, The Last Witch Hunter is slated for release on 22nd October 2015 by Essel Vision Studios in India.