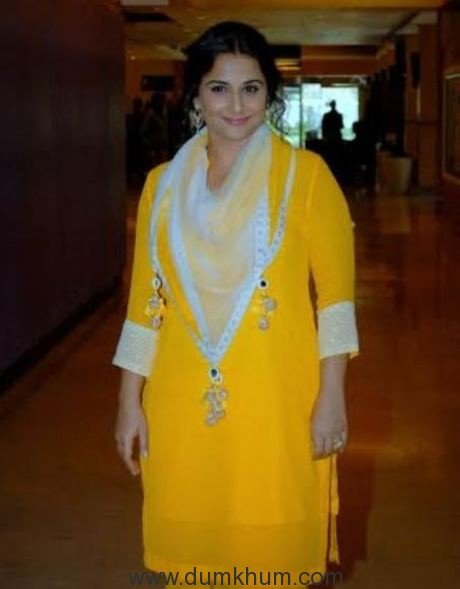 Vidya Balan , known for her love for traditional looms and authentic textiles recently turned ambassador for the “silk mark” in India.

An initiative of the ministry of textiles, the “Silk Mark” is a quality assurance label by the central government. The silk board introduced this autheticity tag on pure silk materials to protect the interest of consumers and genuine traders and manufacturers of silk as well as to promote natural silk.

When it came to a public personality endorsing the tag , the board could think of no one better suited than Vidya Balan , an actress and National award winner who has always proudly made appearances in traditional Indian attire and promoted the handlooms from across the country.

While Vidya already speaks a bit of Tamil , Malayalam and Bengali and is fluent in Hindi and Marathi , she had to practice her lines in Telugu, Kannada, Assamese and Gujarati. Since she has been advised rest by her doctors as part of recovery from dengue , the actress is using this time to complete other commitments that do not require much exertion.