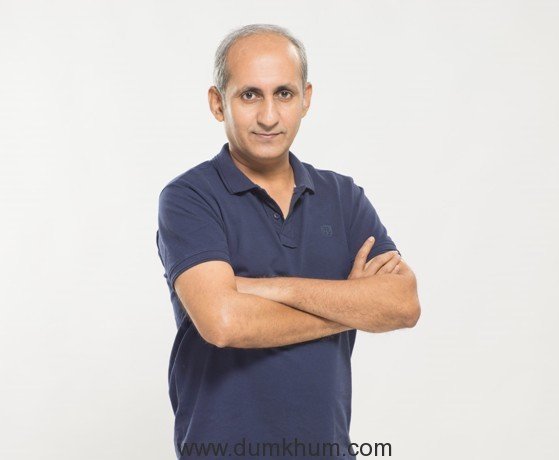 Welcoming Nikhil to Viacom18, Ajit Andhare, COO – Viacom18 Motion Pictures, said, “Viacom18 Motion Pictures is the only studio that operates in all the three Hindi, Hollywood & Regional segments. Our success in Hindi & Hollywood is well established. Our endeavour is to make a similar impact in regional cinema. As a first step we are going after Marathi Cinema which has tremendous potential & clear synergy with our broadcast business. Nikhil with his keen understanding of this market will be an asset to spearhead our move.”

Nikhil had previously been managing the Marathi Film division of Zee Studios. Nikhil’s producer credits have some of the Marathi industry’s most commercially successful films which includes the  biggest box office grosser in Marathi cinema ever – ‘Sairat’. The other prominent films include

Natsamrat, Lai Bhaari, Time Pass, Katyar Kaljat Ghusli & Duniyadari and critically acclaimed award winning films such as Natarang, Fandry, Killa & Elizabeth Ekadashi.During his career spanning 18 years, Nikhil has immensely contributed to the remarkable growth of the Marathi entertainment genre, by bringing about innovative content that has carved a niche for Marathi TV and Cinema in the regional space.

Speaking about this new position, Nikhil Sane said, “Marathi film industry is going through an amazing phase of resurgence and evolution. I have had the privilege of working with some of the best talent from the industry. With Viacom18 Motion Pictures, I intend to combine the strength of the organisation’s experience in the Hindi & English film industries with  the remarkable strength of the Marathi film industry in story telling and experimentation. I look forward to chanelising my best efforts and strengths into creating the next big leap in Marathi cinema.”

Viacom18 Motion Pictures has steered focus on regional markets such as Marathi, increasingly aggressively. Conducive factors such as zero entertainment tax, exhibition window mandated by the government, the presence of large general entertainment channels and movie channels, controlled cost of production and an audience base that is keen to consume regional cinema, makes Marathi cinema an excellent growth potential area.

Viacom18 Motion Pictures is India’s finest fully integrated motion pictures studio that has emerged as a force to reckon with by delivering a stream of critically and commercially successful films. Offering differentiated and meaningful cinema, some of its iconic releases have been Drishyam (2015), Gabbar is Back (2015), Margarita with a Straw (2015), Manjhi The Mountain Man (2015), Mary Kom (2014), Queen (2014), Bhaag Milkha Bhaag (2013), Madras Café (2013), Special 26 (2013) and Kahaani (2012) to name a few. Viacom18 Motion Pictures is also one of the few studios to have successfully ventured into regional films across languages like Bengali, Marathi, Punjabi and from the South. The Studio has also backed path-breaking and much-appreciated creative work in the form of hits like Bombay Talkies, Gangs of Wasseypur I and II, OMG – Oh My God!, Dharam Sankat Main, Manjunath, Shaitan, That Girl in Yellow Boots, Pyaar ka Punchnama and Pyaar Ka Punchnama 2, Inkaar, Saheb, Biwi Aur Gangster Returns, Rahasya and Boss amongst others.

Viacom18 Media Pvt. Ltd. is one of India’s fastest growing entertainment networks and a house of iconic brands that offers multi-platform, multi-generational and multicultural brand experiences. A joint venture of Viacom Inc. and the Network18 Group, Viacom18 defines entertainment in India by touching the lives of people through its properties on air, online, on ground, in shop and through cinema.