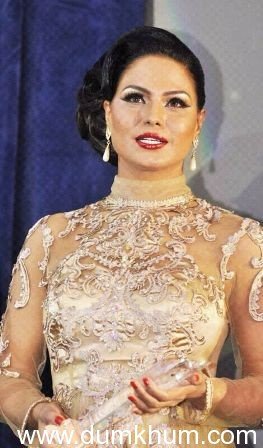 Veena Malik, managed to grab everyone`s attention with her recent album launch. She has been in the news lately, but for all the right reasons. She received Pakistan Achievement Award in UK. She was felicitated for her social work in Pakistan and India, and for working with World Health Organization for the betterment of the world. A few days ago, Pakistan`s king of pop, Ali Zafar, made a sarcastic comment on her stating that he doesn`t consider her as a Pakistani. Anyone would have been fuming after such a comment, but not Veena. She provided him with a rather suitable answer.

She coyly replied that she has been the face of Pakistan at World Health Organization for two years.

The world is familiar with the real Pakistan through her. Well, we must say action speaks louder than words.