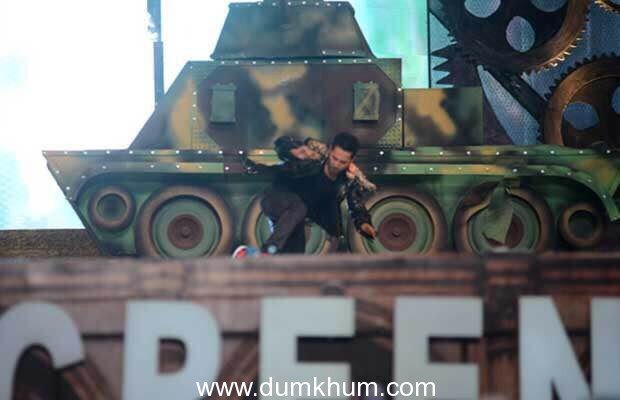 He was doing a performance and it was an act when he was on the tank and while doing a step his leg went into the tank space and he got injured. He was bleeding even after getting hurt he continued and finished his performance.We must say way To go Varun