No begging or borrowing, simply stealing the show ! 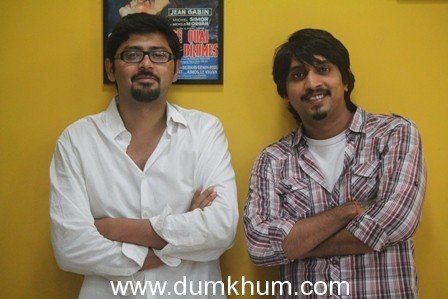 UTV Bindass’s much loved travel reality show, Beg, Borrow, Steal recently completed its 10th Edition, with resounding success and acclaim. As fans and makers revel in the success, we present to you The Bombay Film Company (BFC) the young, effervescent production house that helped BBS score the perfect 10!
In a short span of about 3 years, The Bombay Film Company has developed from a production house into a fully-integrated set up with its own post-production facility, complete with editing and recording studios, making it a one-stop destination for everything under production!

“Quality-growth was always the vision when we started out. Merging our corporate sense with creative sensibilities has given us the edge to deliver something away from the usual. I’m glad we’ve progressed to being a self-dependent production house, allowing us to execute projects with greater efficiency and flexibility,” says Shomik Basuray, founder and partner of BFC.

With this philosophy in mind, BFC went on to produce Television Commercials for some of the leading corporate houses. BFC’s credibility and biggest success story, however, is its long-standing association with media giant UTV, the feather in the cap being Seasons 9 (in Thailand) and 10 of  BBS for UTV Bindass, apart from a large number of promos for the channel.

Showering praise for the show and production house BFC, Prashant Madan, Director, Creative Services – Disney UTV, says, “BBS 10 produced by The Bombay Film Company has been a resounding success for the network. We have worked with BFC on the last season as well. This is one show where we really push the limits. The team at BFC get that, and I have found their creatives and execution to be consistently above par.”

BFC has also made its presence felt with Corporate Films for business houses as well as gained an online presence with Web Videos with clients from the hospitality and personal care industry. “BFC maintains a 360 approach and we want to create good films and shows of all kinds. I’ve always been passionate about cinema and thanks to BFC, I’m hopeful of creating viewing material that’s a class apart! I want to take BFC to a level where quality filmmaking is a namesake!” says Shomik.

About The Bombay Film Company (BFC):

Founded in 2010 by Shomik Basuray in partnership with Varun Raj, both being alumni of The Jamnalal Bajaj  Institute of Management Studies, BFC is a melting pot of talent that believes in identifying and providing the right results in a price conscious space for its clients.