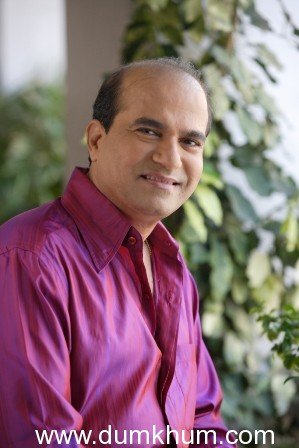 Suresh Wadkar, a luminary created from the music school Acharya Jialal Vasant Sangeet Niketan, a National Award Winner under the category of Best Male Playback Singer, keeping alive the tradition of the music school of by honoring & felicitating the accomplished musicians with Uttam Vag- Geykar Jialal Vasant Award at Vasantotsav.

The Award instituted in 2001 in honor of Acharya Jialal Vasant who himself was an Uttam Vag-Geykar , an accomplished musician proficient in all three fields of music- Vocal, Instrumental Music & Dance. The award presented every year on Vasantotsav to an accomplished performing artist carries an amount of Rupees One Lakh & a silver brick weighing one & quarter kilos with the citation of Uttam Vag-Geykar.

The recipients of the prestigious awards over the years include; Smt. Lata Mangeshkar ji

Suresh Wadkar, the ardent disciple who kept the legacy of his Guru’s music school intact mentions, “We are in our 14th Edition, it brings me immense pleasure & pride to initiate & witness the felicitation of Ustad Ghulam Mustafa Ali. The evening is highly anticipated by the music connoisseurs who will witness the performances by Ustad Zakir Hussain ji & Padma Shri U Srinivas.”

He further adds, “The Award & Festival are the efforts fulfilling his dream of re-establishing the glory of Indian Classical Music & instilling respect towards our heritage among the youth of India as well as the world over.”