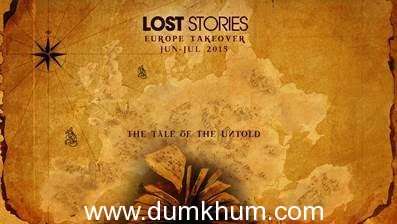 Leading music label Universal Music India announces that EDM duo Lost Stories will perform at the biggest annual EDM festival in the world– Tomorrowland. The duo – Prayag Mehta and Rishab Joshi – will be performing on the Blue Flame Stage on the 24th of July in Boom, Belgium. The announcement has driven immense support by fans and personalities alike as Lost Stories will represent India on the global map of dance music – an ever increasing industry. Last year Lost Stories released their debut album ‘Music for the # Generation’ under Universal Music’s `Contrabands’  property. The album spawned the hit single “How Do You Like Me Now” the video of which was very well received by EDM fans and made it to a creditable #16 on `Vh1 Top 100 Videos of 2014’. The duo has since then played some memorable sets alongside Tiesto, Armin Van Buuren, Martin Garrix, Steve Aoki and Laidback Luke  amongst many others.

Lost Stories will kick off their European tour on 20th of June which goes on till 5th of August. During this course of time, Lost Stories will also be seen performing at other major festivals and clubs across European countries including Belgium, Netherlands, Spain, France & more. Lost Stories Europe Takeover is a virtually dramatized musical journey and a storytelling depict [titled as Lost Stories – [The Tale of the Untold] that will coincide with the European tour. Each major performance will be revealed one after the other after their ‘Tomorrowland’ announcement on social media platforms. The dramatized depiction will be a video game/storytelling format that will start with a prelude to the formation of Lost Stories in a fantasy avatar. The story in progression will also feature other top artists from the music industry who will play fantasy roles in the story. These will be artists with whom Lost Stories shall share studio time, leisure time and work on several musical collaborations for near future releases. Each virtual activity and story module will exhibit a real-life activity such as a real performance, guest artist appearance, studio sessions, etc. Speaking on the occasion Lost Stories who have also officially remixed Afrojack’s hit single “The Spark” ft. Spree Wilson commented, “We are extremely thrilled to be representing our country at some of the biggest music festivals in the world. We are thankful to everyone who has believed in us throughout especially our International affairs manager Amol Raval, RVR16 who has engineered the entire European tour and made this dream into a reality of playing at Tomorrowland and many more places. We will ensure that we show the world that India has unbelievable talent in the EDM world that not many are well aware of. This will be our tribute to all our fellow EDM artists who have taken electronic dance music to a thriving level in India. We also hope to live up to expectations and take our fans on a spell binding journey through our music.” 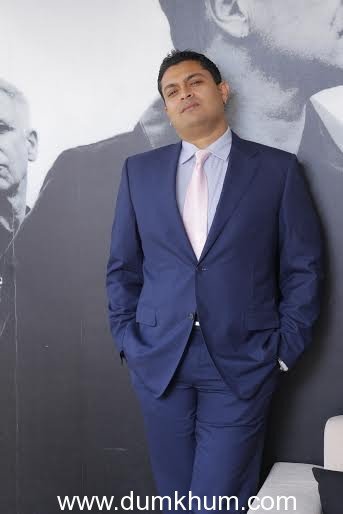 Says Devraj Sanyal, Managing Director and CEO, Universal Music Group South Asia, “We are proud of the Lost Stories boys on having secured a slot at the prestigious TOMORROWLAND festival in Belgium!  It’s a massive step towards showcasing Indian EDM talent on a global platform. From local gigs to a European tour and a slot at the biggest annual EDM festival in the world, they have indeed come a long way! And we are extremely happy to have played a vital part in this journey commencing with the launch of their debut album `Music For The # Generation’ via our `Contrabands’ property with our partners Vh1 and Hard Rock Cafe. As their mentor, I’m personally and professionally very proud of what they have achieved till date and needless to say that we at UMG will continue to support and manage them with the sole intention of making them one of the biggest EDM acts coming out of INDIA!”

The young guns, managed by Universal Music Group, have well established themselves since their debut album release in 2014. Their tryst with the label has only helped them to push boundaries of experimenting with electronic music and pioneer a new era of music in the country.