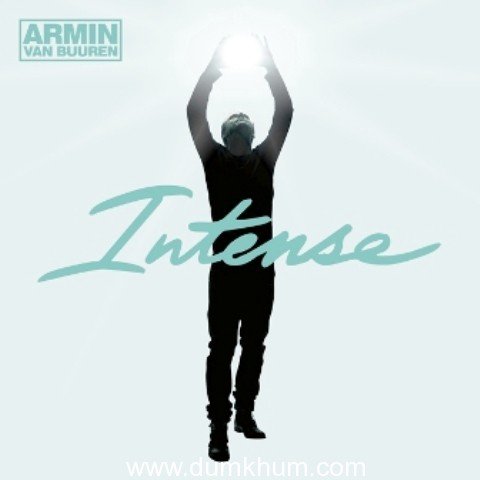 Having won global acclaim for his music, DJ Armin Van Buuren, one of the most sought-after EDM producers and DJ’s the world over, has signed an exclusive licensing deal with leading music label Universal Music India for his brand new album `INTENSE’.

With 4 hit albums under his belt, the world-renowned DJ unleashes his 5th  studio album which will be available in India later this month. The album promises to hit just the right spot with EDM lovers in India with a wide selection of genres and styles including progressive, trance, classic and Rock.
Armin Van Buuren propelled to stardom with his weekly radio show ‘A State of Trance’. The show astonishingly has a 20 million fan following across 50 countries. No stranger to the global music scene, he features in bestseller charts the world over, having won a string of awards and recognitions along the way. His upcoming album features various promising tracks, from the intricate and mind-blowing cadenza that is ‘Intense’ to the feel-good ‘This Is What It Feels Like’ and ‘Turn This Love Around’. From the quieting beat-ballad of ‘Sound of The Drums’ to
Armin’s dedication to the harder shades of his beloved trance, ‘Who’s Afraid of 138?!’. Through
15 sparkling new singles, he intrigues, fascinates and moves his fans and listeners. The album
includes collaborations with Israeli violinist Miri Ben-Ari, Australian duo NERVO and singers,
Trevor Guthrie, Emma Hewitt, Laura Jansen, Fiora and many other gifted artists, ‘Intense’ is the
album that dance land has been waiting for.

Speaking on the new album, ‘Intense’, Armin Van Buuren said, “’Intense’ embraces more genres
than any of my other albums, crossing over from progressive and trance to classic, even rock. Being a perfectionist, some of these tracks have taken me months to finish. Incorporating as many real instruments as possible, it includes a live orchestra, as well as the rock band of my brother Eller. It’s been an honor to work with such talented artists, singers and songwriters, they’ve really inspired me.

It’s been an ‘intense’ 2 years in the making, but I’m very pleased with the result. I’m also excited that the album comes out on Universal Music in India and I’m sure they will leave no stone unturned to market and promote it, ensuring that it reaches out to all my fans out there well in time for my India stopover of my ‘Armin Only – Intense World Tour’ early next year.”

Commenting on having signed one of the biggest DJs on the EDM scene, Devraj Sanyal –
Managing Director, Universal Music / EMI Music, South Asia said, “I have had the privilege of knowing Armin from many years now and he is one of the most stellar global DJ’s there is! To have someone of his caliber in my fold is extremely exciting and adds huge credibility to the EDM play that we have in South Asia. `Intense’ is an incredible album with some great songs like “This is what it feels like”, “Waiting for the night”. “Pulsar”, “Turn this love around” amongst others. The timing of this signing is terribly opportune as we also roll out a monster line up with DJ’s like Avicii, Afrojack and the legendary Tiesto.

This is the most exciting time for EDM fans in the region. We will treat all of these like our mainstream releases and the PR, Media & hype following these will be akin to our A Listers like Eminem, Gaga, Katy Perry and others.”

The ever-growing EDM scene has kept its ear out for the successor of ‘76’, ‘Shivers’, ‘Imagine’
and ‘Mirage’. Growing part of a musical legacy that includes countless enduring and future classics, Armin Van Buuren once again lives out his vision. The new album INTENSE will be released later this month and will be available on both digital as well as physical formats
exclusively on Universal Music India.