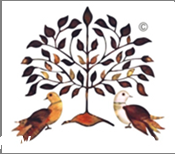 Having entered a strategic alliance with The Peninsula Studios of New Delhi, Universal Music India explores new talent, while providing them the platform for performance, recording and  promotion of their music. The two companies came together to provide a holistic 360 degree support to the independent and lesser known artists in various genres and languages from the ‘peninsula’ outside of Bollywood and Rock. This project aims to unearth the talent in different corners of Indian subcontinent thus bringing in superb local content to wider audiences. With its soul stirring music, the collection includes a few of the finest compositions by well-known poets and saints like Vallabhacharya, Jayadeva, Rabindranath, Meera Bai, Kabir. The masterpieces dating back to the 12th century are all rendered in exquisite Sanskrit, Hindi, Bangla, Malayalam & Tamil. Coming together with Sikkil Gurucharan, one of the most important voices in Carnatic Music today, these talented musicians create some serious musical magic. [email protected] Pennisula Studios: Vol II, III and IV, is also unique also in terms of their format and treatment, as  all the tracks were recorded live @ The Peninsula Studios in a single take, in presence of an invited audience.

Devraj Sanyal,MD Universal Music Group South Asia & EMI Music South Asia says “This project is a classic example of our continued efforts to dedicatedly promote the domestic `non-film’ music genre. From `mainstream’ to `indie’ to `ghazals’ to `devotional’  to these exquisite `compositions from 12th century poets’ – we are extremely proud of the repertoire we are currently releasing at Universal Music India. And this association with The Peninsula Studios in Delhi is just so perfect where their expertise in curating such talent from different corners of the country gels perfectly with our expertise of distribution, marketing and promoting it to the right audiences far and wide. We are confident that [email protected] Pennisula Studios: Vol II, III and IV will be very well received and we will keep working with The Peninsula Studios to bring more home grown talent from every deep corner of our country to the fore.”

Says Sita Raina, Director & Co-Founder, The Peninsula Studio, “In our journey to discover compositions by some of our best known poet saints since the 12th century we curated over 230 minutes of music. The music is set to poetry in exquisite Sanskrit, Hindi, Tamil, Malayalam, Bangla and Gujarati. Five brilliant young musicians from Chennai, Kolkata and Delhi collaborated with us to bring this three part album to life. All the tracks were recorded live @ The Peninsula Studios in a single take in presence of an invited audience, a tribute to the quality of the artists. This format and treatment makes the recordings @ The Peninsula Studios unique. This is our modest contribution to take this genre of music to a wider audience and kindle curiosity in our rich literature and poetry.”