UNIVERSAL MUSIC AND TEN SPORTS NETWORK LAUNCHES “HEROES (WE COULD BE)”

A SONG CELEBRATING THE SPORT OF CRICKET! 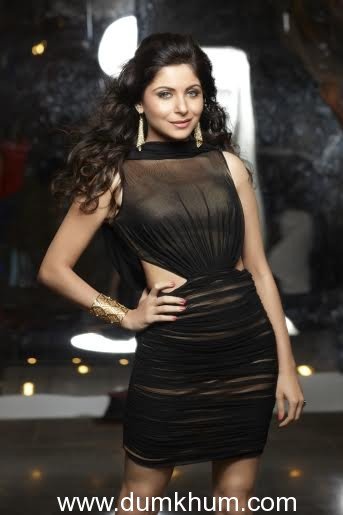 Leading music label, Universal Music India in association with Ten Sports Network launched “Heroes (We Could Be)”, a song that celebrates India’s favourite sport, Cricket! With the current craze of the sport taking over the country, the song is set to become hugely popular as it echoes the sentiments of a nation reeling with cricket fever.

The original song of the same name by Grammy®-nominated Swedish DJ/producer Alesso featured the vocals of Tove Lo and is a global hit! This Indian version is sung by Kanika Kapoor, the voice behind some of the biggest Bollywood hits in recent times including “Baby Doll”(`Ragini MMS 2’) and “Chittiyaan Kalaiyaan” (`Roy’). The song is in `Hinglish’ with some great motivational lyrics written by Manoj Yadav. The singer has also shot a video for the song which reflects the passion and excitement of the sport and features some great `cricket’ action from the various cricket series that have been telecast on leading sports network – Ten Sports Network.

Commenting on her involvement on this song, Kanika Kapoor said, “I’m thrilled to be part of this exciting `sporting’ project! It’s unlike anything I’ve done before and in India it can’t get any bigger than the sport of `cricket’ besides the fact that it’s backed by a leading sports network – Ten Sports. I’m extremely grateful to Universal Music for giving me this opportunity as I eagerly look forward to my fan’s reactions to this song and video created for the sport we all love so much – Cricket!”

It must be noted here the Kanika Kapoor has recently bagged a whole lot of awards for her Bollywood blockbusters including the prestigious Filmfare Award for `Best Female Singer” for the hit song “Baby Doll”. She’s now the most soughted female playback singer around with a string of songs lined up from high profile films.

Commenting on the association Devraj Sanyal, Managing Director, Universal Music / EMI Music, South Asia says, ‘We all know that `Cricket’ and `Bollywood’ are considered `religions’ in India and we are ecstatic to bring together the two with “Heroes (We Could Be)” – a song celebrating the sport of `Cricket’ sung by the current #1 female voice in Bollywood playback Kanika Kapoor, who has done an exceptional job on the song by capturing the passion of the sport. And then to have the Ten Sport Network as our partner on this project, who being part of the Zee Network, have an incredible reach pan-India, we are confident that this song will soon become synonymous with the sport of `cricket’.

Rajesh Sethi, Global CEO, Ten Sports says, ‘Ten Sports Network, leader in sports entertainment with rights of 5 Cricket Boards believes in exploring innovative and unique ways to reach out to its audiences. “Heroes (We Could Be)”in collaboration with Universal Music India is one of the initiatives to celebrate the sport of cricket”.