“UGLY” to be the opening film at 5th Jagran Film Festival 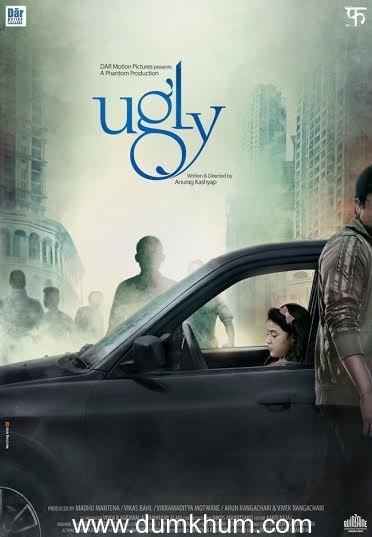 As the country’s most eagerly awaited event, the 5th Jagran Film Festival, draws closer, it has been revealed that this edition of the festival will open with the screening of ‘UGLY” as its opening film, a psychological thriller and an emotional drama film written and directed by Anurag Kashyap. It has also been announced that renowned Film makers Amol Palekar and Goutam Ghose are going to head the feature and short film juries respectively at this edition of the Jagran Film Festival.

Ugly is an emotional drama with an edgy thriller element.  An astounding tale of corruption, coldness, and violence the film opens with the kidnapping of an aspiring actor’s 10-year-old daughter.  Ugly was earlier screened in the Directors’ Fortnight section at the 2013 Cannes Film Festival. The film also had the privilege of opening the 2014 New York Indian Film Festival. The film stars Girish Kulkarni, Ronit Roy, Tejaswini Kolhapure, Vinit Kumar Singh, Surveen Chawla and Vipin Sharma in pivotal roles. The film marks Anurag’s return as a director after Gangs of Wasseypur – Part 2. The film has officially been scheduled to release on September 19th, 2014.

The festival promises to feature an interesting lineup of movies from across the world. The festival has a competition for Indian features and International shorts. While Amol Palekar who is also known as an accomplished actor who set off a trend in the seventies with his ‘The Guy Next Door’ image, will head the Jury for Indian Showcase which is the Indian Competition for feature films, Bengali Film maker known internationally Goutam Ghose will lend his expertise in judging the international short film competition.

The Indian Showcase and the International Short Film Competition have 25 entries each from over 35 countries jointly. The juries will meet during the Mumbai leg of the festival in September and the results will be announced at a gala in Mumbai in the presence of a star studded audience.