Twitter Reveals the Most Influential Tweets from Prolific Tweeple

in India and Worldwide for #YearOnTwitter 2014 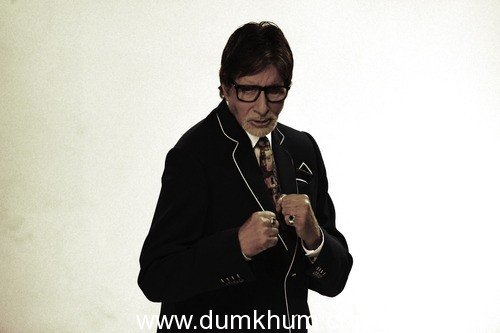 ~Amongst the highlighted global news makers, two Fluence celebrities make it to this list~ The year 2014 has undoubtedly belonged to social media and the digital platform. Right from the Pope to Presidents and celebrities, everyone has made a substantial impact through social media. The digital medium products such as selfies, retweets, posts on the most influential books thread, video bytes, challenges like the Ice Bucket and several other me too challenges, announcing breakups and marriages, open letters, celebrity fall outs and unisons with publications etc.; have ensured that the narrative is always chronicled on social media.

As the social soundtrack to life in India, Twitter has revealed the four most influential Tweeple in India for its #YearOnTwitter 2014 campaign, namely Shah Rukh Khan, Sachin Tendulkar, Amitabh Bachchan and Priyanka Chopra. The portfolios of two of these biggies – Amitabh Bachchan (@srbachchan) and Sachin Tendulkar (@sachin_rt) are handled by Fluence, the leading celebrity digital network that has made news throughout the year with its disruptive activities and signings.

Starting 16th December ’14 till 31st Dec, the top 5 Tweets that created maximum impact from this set of Indian Tweeples will be showcased under the Perspectives section on 2014.twitter.com, along with other global movers and shakers such as Lady Gaga, Robert Downey Jr. and Neymar Jr. These influencers were chosen for their reach in the country and the news they made during the year on Twitter. Sachin’s picture of him posing with his mother holding his autobiography for the first time, him receiving the Bharat Ratna, Amitabh Bachchan’s thank you message for fans wishing him on his birthday and him sweeping the streets for Swach Bharat Abhiyaan were amongst the most talked about Tweets in the year.

Speaking about their influential clients, Ashish Joshi, VP Digital & Business Head Fluence says, “I would like to congratulate Mr Bachchan and Sachin, two prolific personalities who the people love and who have the power to influence the country with their statements. While it is an honour for Fluence to be associated with personalities of this calibre this association comes with the responsibility of constantly innovating and coming up with ideas that are true to their personalities and are also loved by their fans.  We hope continue to succeed in our efforts while handling these incredibly charismatic and influential people and set new benchmarks for ourselves in the years to come.”

Rishi Jaitly, Market Director for Twitter India and South East Asia added, “No doubt that 2014 was a breakthrough year for Indians using Twitter to connect to their world and heroes such as Amitabh Bachchan and Sachin Tendulkar with 12 million and nearly 5 million followers, respectively. We’re honored to feature them on our global #YearOnTwitter site which showcases the best of the world’s Twitter celebrities and how they connect with their followers in a more personal, authentic way. We look forward to enabling many more millions of Indians to stay engaged with their favourite idols through our platform for live, public conversations on their mobile devices.”

Established in 2013 by CA Media, Fluence has created waves in the nascent sector by signing on some of the biggest names in the industry such as Amitabh Bachchan, Salman Khan, Ranveer Singh, Sonu Nigam, Lata Mangeskhar, etc.