The cast and crew of the film to come together and share their experiences on 22nd October, 2016 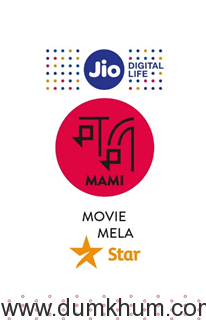 Twenty-four years after the release of the super hit film Jo Jeeta Wohi Sikander, the cast and crew of the film will reunite at the Jio MAMI 18th Mumbai Film Festival with Star’s Movie Mela. The Indian sports drama film has given us some famous melodies like ‘Pehla Nasha’ and ‘Woh Sikandar hi Doston Khelata hai’ which are a hit even after two decades. At the Mela, the cast will be part of a panel which will include Aamir Khan, Mamik Singh, Deepak Tijori, Deven Bhojani, Aditya Lakhia, Kiran Zaveri and Pooja Bedi along with Director Mansoor Khan and choreographer Farah Khan. The cast will share their experiences and memories on the making of the 1992 cult romantic film.

The Jio MAMI Movie Mela with Star will be a two-day event at Rangmandir, Bandra. The venue will be transformed into a movie carnival with figurines of famous movie characters, movie merchandising and movie conversations with celebrities through the day.

The Jio MAMI 18th Mumbai Film Festival with Star India will be held in Mumbai from October 20th.