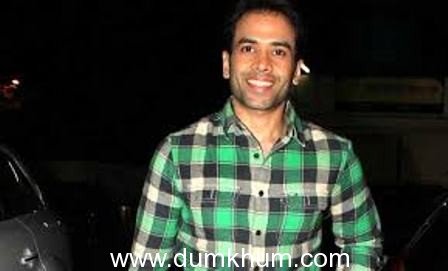 Actor Tusshar Kapoor, who will be soon making his debut as a producer with Shabinaa Khan, recently unleashed his creative side by coming up with an unique calendar for their home banner.

The calendar, which is the brainchild of Tusshar, features images of their various TV shows and movies, which will be seen in 2014. Apart from coming up with the idea of images, Tusshar has also tied up with a religious foundation and has included spiritual thoughts at the back of each page.

Tusshar and Shabinaa will be teaming up to produce a horror-comedy, which is the remake of a South flick and will star Ajay Devgn in the lead role.