The 15th edition of the Mumbai Film Festival; the premier film festival of the country organized by the Mumbai Academy of Moving Image, an initiative by Reliance, will be commencing from the 17th to 24th Oct’13, screening 200 movies from over 65 countries.

The 15th Mumbai Film Festival gives you a sneak peak of the top 20 films to be premiered this year.

1. The Fifth Estate by Bill Condon

Producer: Steve Golin, Michael Sugar
Screenplay: Based on the book Inside Wikileaks and the Guardian book Wikileaks 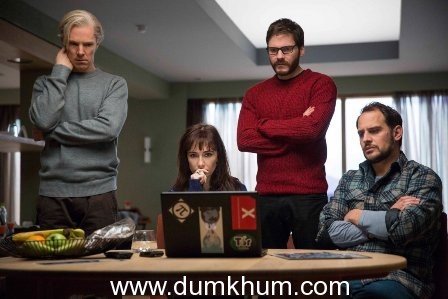 Cast: Benedict Cumberbatch, Daniel Brühl, Anthony Mackie, David Thewlis A dramatic thriller based on real events, The Fifth Estate reveals the quest to expose the deceptions and corruptions of power that turned an Internet upstart into the 21st century’s most fiercely debated organisation.

Drawing on Domscheit-Berg’s memoir Inside WikiLeaks as well as a 2011 exposé by British journalists David Leigh and Luke Harding, screenwriter Josh Singer chronicles the friendship that underpinned the whistleblower organisation’s formative feats of information activism (targeting entities including Swiss private bank Julius Baer, the Church of Scientology, and the British National Party) that would end in acrimonious estrangement following WikiLeaks’ publication of nearly 750,000 United States military logs and diplomatic cables — the largest leak of official secrets in American history.

2. Inside Lelwyn Davis by Ethan and Joel Coen Cast: Carey Mulligan, Justin Timberlake, Oscar Isaac A week in the life of a young folk singer as he navigates the Greenwich Village folk scene of 1961. Guitar in tow, huddled against the unforgiving New York winter, he is struggling to make it as a musician against seemingly insurmountable obstacles, some of them of his own making.

Cast: SalehBakri, RoschdyZem, Ahmad Bayatra, MohamadBakri, Laure de Clermont Yacine is the veterinarian of the only zoo remaining in the Palestinian West Bank. He lives with his ten- year-old son, Ziad, who has a special bond with two giraffes. The young boy is the only person able to communicate with them. When the female giraffe is killed in an air-raid, Ziad accompanies his father on amissiontostealagiraffefroman Israeli zoo and smuggle
it back into Palestinian territories.

4. The Selfish Giant by Clio Barnard

Cast: Conner Chapman, Shaun Thomas, Sean Gilder Young Arbor and his best friend Swifty are excluded by the children in their school and treated as outsiders in their own neighbourhood. When the two boys meet Kitten, a local scrap dealer, they begin working for him as scrap collectors using a horse and cart.
However, Kitten begins to favor Swifty over Arbor, driving a wedge between the boys.

5. Sheild of Straw by Takeshi Miike

Cast: Takao Osawa, Nanako Matsushima, Tatsuya Fujiwara The powerful multi-billionnaireNinagawa puts an irresistible price on the head of the man he believes to be his granddaughter’s killer. Realising he has become a target for millions of people, Kiyomaru turns himself in at the Fukuoka Police Station. Four officers are dispatched to bring Kiyomaru back to Tokyo, risking their own life, but now there’s no telling how many assassins lie in wait on the long journey. Cast: Irrfan Khan, TillotamaShome Set in post-colonial India, Qissa tells the story of Umber Singh, a Sikh, who is forced to flee his village due to ethnic cleansing at the time of Partition in 1947. Umber decides to fight fate, he builds a new home for his family. When Umber marries his youngest child Kanwar to Neeli, a girl of lower caste, the family is faced with the truth of their identities; where individual ambition and destinies collide in a struggle with eternity.

Chitra and Sanjay live in matrimonial bliss and are planning their annual vacation.
Everything seems to be in place except the sunglasses that must go in her travel bag. These sunglasses help her see what her eyes can’t. They equip her with a strange and powerful sense to probe beyond the surface of human nature. When she wears her sunglasses, Chitra can picture what the other person is thinking. She cannot just read, but see, their thoughts and actions. Interesting as it may sound, this boon soon becomes a bane. Initially, it is an exciting device for mischief. After a point, the Pandora’s Box opens up.

Cast: François Berléand, Patrick Chesnais, Anne Consigny, Florence Thomassin, Elise Lhomeau, AymenSaïdi.
Charles and Pierrot are inseparable. When Charles takes early retirement, it seems the
world is their oyster. They can spend even more time together. Their motto is simple:
“Make the most of life and have fun!” Their lively imaginations fill their days with many adventures, while the women in their lives keep a close, tender and sometimes anxious watch.

After her children leave her, 58-year- old Gloria has no desire to spend her days and nights
alone. To make up for this emptiness, she rushes head- long into a series of singles’ night parties. Her futile attempts end when she meets Rodolfo,a 65 year- old divorcee, who is obsessed with her. His dependence on his ex-wife and children force Gloria to engage with her age and reality.
Festivals and Awards:

Cast: LinorAbargil, Joan Collins, Fran Drescher
LinorAbargil, an Israeli beauty queen, was raped two months before being crowned Miss World in 1998. Ten years later, she’s ready to talk about it – and to encourage others to speak out. Now a globe-trotting victims’ advocate, Linor encourages people to stand against sexual violence by putting an end to their silence. She travels to speak with teens in South Africa, where girls are statistically more likely to be raped than educated. She visits Princeton and UC Santa Barbara, where women describe a campus culture that fails to take assaults seriously. From Rape Crisis Centers to Hollywood’s living rooms, Linor is met with emotional support. Yet when she attends a celebrity rape trial that hits too close to home, she suffers a breakdown. In searching for something to ease her pain, Linor’s life takes a dramatic turn.For victims of sexual assault, the journey toward wholeness never ends; still, LinorAbargil continues her unflinching efforts to keep the nightmares at bay.

Cast: Marine Vacth, GéraldinePailhas, FrédéricPierrot, FantinRavat, 17-year-old Isabelle has her first sexualencounterduringthesummer holidays at a resort in southern France – an episode that is just the beginning of this story about a sexually inquisitive girl. After returning to Paris, she begins to earn money through encounters with
various older men. Her mother and stepfather give Isabelle absolute freedom, and have no idea of her secret activities. Yet everything changes when one of her clients dies in bed, and the police and a psychologist become involved.

Cast: LéaSeydoux, AdèleExarchopoulos Adèle is a sensitive fifteen-year-old student when we first meet her. She is, essentially, an ordinary kid, until she realizes that her sexual desires turn more towards her own gender than the boys who ask her out. After meeting a blue-haired stranger, the confident and assertive Emma, Adèle soon finds herself tentatively visiting gay bars, and, shortly thereafter, wrapped in the arms and legs of her new lover, enjoying the delights of first love. As Adèle and Emma move beyond their high-school years and move in together, they discover the complications of a more mature relationship.

13. Le Passe (The Past) byAsgharFarhadi 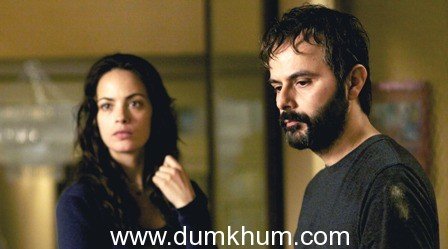 Cast: BereniceBejo, Tahar Rahim, Ali Mosaffa, Pauline Burlet, ElyesAguis, Jeanne Jestin
Ahmad deserts his French wife Marie and two children to return to his homeland. After four years he returns to Paris from Tehran to finalise his divorce. During his brief stay, Ahmad discovers the conflicting nature of Marie’s relationship with her daughter Lucie. Ahmad’s efforts to improve this relationship soon unveil a secret from their past.

14. The Liberator by Alberto Arvelo

There is arguably no single figure as important to the story of independence and democracy in the Americas as Simón Bolívar (1783- 1830). The Venezuelan military and political leader played a critical role in ushering Venezuela, Colombia, Panama, Peru, and Ecuador toward autonomy in the wake of Spanish domination. History has long cemented Bolívar’s status as a visionary, but even during his lifetime, he was commonly known by his people as “The Liberator.” The film captures Bolívar’s quests and military campaigns that covered twice the territory of Alexander The Great as he liberated South America. Cast: SomnathAvgahde, SurajPawar, KishorKadam, ChayaKadam, SakshiVyavhare Jabya, a boy like several others of his adolescent age, is born in a Kaikadi (untouchables Dalit) caste. He has fallen in love with a girl, his classmate in school, named Shalu.

Incidently, Shalu is a girl from higher caste. Jabya’s deep rooted inferiority complex, almost
genetic, about his looks, his personality, his caste, his stunning poverty and above all his
traditional hereditary source of livelihood prevent him all the while from expressing his soft feelings toward his long cherished love, Shalu. This is a story of Jabya’s constant battle between his aspirations and the inferiority complexes within him.

During the Asian recession of the late ‘90s, a Filipino maid Teresa looks to find a better life in Singapore where she lands a job in a family of three. There Teresa’s friendship with the young boy Jaile ignites the mother’s jealousy. The relationship between the maid and the son develop, until they form a bond and Teresa becomes a part of the family.

Cast: Ramón Medína, Brandon López, Rodolfo Dominguez, Carlos Chajon, KarenMartínez
Three teen friends, Juan, Sara and Samuel, leave the Guatemalan slums they inhabit in thehope of a better life in the United States. On their journey through Mexico they meet Chauk, a Tzotsil Indian, who does not speak Spanish and has no official documents. The title of the film comes from a Mexican ballad of the same name about the despair of those who have succeeded in crossing the frontier but find themselves in a “golden cage” as a cheap labour force with no right to permanent residence.

19. The Rocket by Kim Mordaunt Cast: SitthiphonDisamoe, LoungnamKoisainam, ThepPhongam, Laos: A boy (Ahlo, 10), who is believed to bring bad luck, is blamed for a string of disasters. When his family loses their home and are forced to move, Ahlo meets the spirited orphan Kia (9) and her eccentric uncle Purple: an ex- soldier with a purple suit, a rice-wine habit and a fetish for James Brown. Struggling to hang on to his father’s trust, Ahlo leads his family, Purple and Kia through a land scarred by war in search of a new home. But bad luck seems to follow Ahlo, and in a last plea to prove he’s not cursed, Ahlo builds a giant explosive rocket to enter the most lucrative but dangerous competition of the year: The Rocket Festival. As the most bombed country in the world shoots back at the sky, a boy reaches out to the heavens for forgiveness.

20. The Butler by Lee Daniels