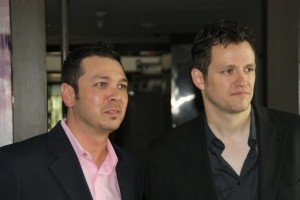 Tom Malloy and Brian Ronalds, two of Hollywood’s most promising actors and producing partners are visiting India, to explore and learn about the world of Bollywood. 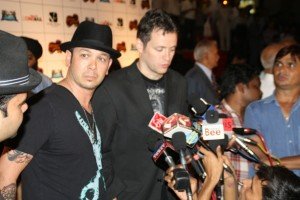 Tom and Brian are in Mumbai for a period of 10 days meeting Bollywood’s who’s-who to explore possibilities of future cross over or co-productions. These multifaceted stars are in town also meeting India’s future talent, at acclaimed film institutes like Whistling Woods and Digital Academy. Tom was invited by Whistling Woods and Mr. Subhash Ghai to inaugurate Inspiration 2012, along  side Gul Panag, Pradeep Guha, RJ Archana and RJ Salil. 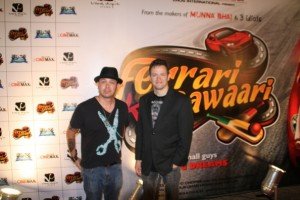 Tom and Brian were also invited to the premiere of Vidhu Vinod Chopra’s “Ferari Ki Sawari”, to share the spotlight with some of Indian Film Cinema’s elite such as Amir Khan, Boman Irani, Vatsal Seth, Sharman Joshi and Arshad Warsi. 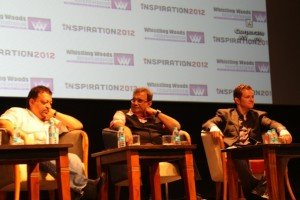 Speaking at the occasion Tom Malloy said, “India has been a part of me since I was 3 years old, growing up with Indian neighbors who introduced me not only to Indian culture and but also the amazing food. Today, being in India and experiencing the Glitz and Glamour of Bollywood, I am really touched by the humility and brilliance of Indian Cinema. The movie was excellent; the drama coupled with the subtle humour was well placed and the actors were just great.” 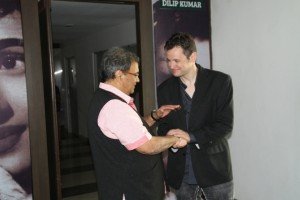 Adding to this Brian Ronalds commented saying, “This is my first time in India and I’ve already fallen in love with it. It is turning out to be a really memorable experience, meeting the stalwarts of Bollywoods and learning so much about Indian Culture.”