Winds of Samsara by Ricky Kej & Wouter Kellerman released in India exclusively by Times Music has just won the Award for Best New Age Album at the prestigious 57th Grammy Awards. It is a proud moment for Times Music to be associated with such a great project & a fantastic artist like Ricky Kej. With this win, Ricky becomes the first Indian to win a Grammy in the New Age Music category. Speaking on the Grammy Award win, Mandar Thakur, COO – Times Music said “We were quite delighted with the nomination back in December and now that Ricky has bagged the Award we’re so proud of him. It’s a great moment for Ricky, us and India!” 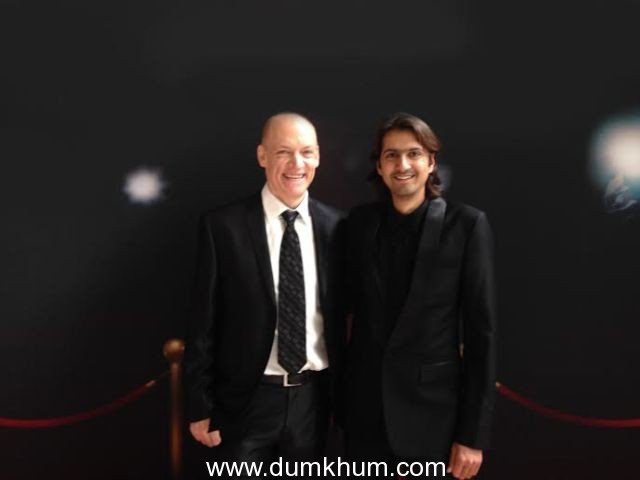 Prior to Winds Of Samsara, Times Music also released 3 previous albums by Ricky Kej titled Ballad Of Maya, Kamasutra Lounge & Shanti Orchestra. All of Ricky’s albums are available for download on iTunes & www.timesmusic.com and for streaming across all major music streaming mobile apps and portals. Times Music is one of India’s top music entertainment companies and a division of South Asia’s largest media conglomerate, The Times Of India Group. Over the years, the company has transformed into a progressive, digitally robust music label / music publisher with global distribution. On the label side, Times Music manages one of the most diverse Indian music catalogues with genres spanning Bollywood, Spiritual, Indie, Pop, Rock & other non-film. The company is also licensee to some of the world’s biggest International music labels outside of the majors with a particularly strong EDM catalogue. On the Publishing side, Times Music administers it’s own catalogue in all major international markets. The company is also the exclusive India sub publisher to Global majors Warner Chappell & Peer Music besides others and represents more than 1 million music composition rights.