Tigmanshu Dhulia to be honoured at International Film Festival of Prayag ! 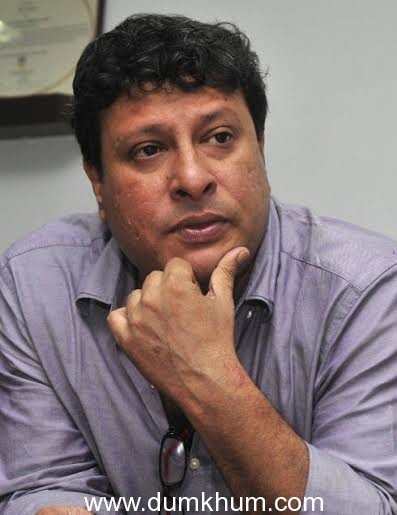 Acclaimed filmmaker Tigmanshu Dhulia will be honoured at the much awaited First Edition of  International Film Festival of Prayag.

(IFFP) to be held in Allahabad from 26th to 28th February 2015. Tigmanshu Dhulia is well known for his movies like Haasil,  Charas, Saheb Biwi Aur Gangster and Bullet Raja. National Award wining Movie  Paan Singh Tomar director has his roots in Allahabad as he was born there. Director Tigmanshu Dhulia will also share tips on movies and direction with budding filmmakers during the three day film festival. Hasan Haider, Founder of the festival and owner of media production house, Z&Z Media Pvt. Ltd was quoted, “Tigmanshu Dhulia is a renowned filmmaker and the best part is that most of his movies have been based in Uttar Pradesh. It’s a proud moment for us to honour Tigmanshu ji for his contribution towards Hindi Cinema.” With the support of cine lovers, Allahabad is all set to hold the 1st International Film Festival of Prayag, 2015! The festival of 3 Days, occurring on 26th, 27th and 28th February’2015, will be a unique one.

Being organised by Z&Z Media Pvt Ltd, IFFP is in one way an encouragement of the film industry as well as the pioneers associated with it. Unlike the common film festivals, IFFP comes with an ambitious agenda. Here, we will be laying emphasis on promoting Art in the Cinemas while screening the splendid Independent Films from around the globe. Moreover, our mission is to signify Allahabad as a land rich in art and culture. We want to make it the biggest cine-destination and bring in light the creativity and talent of Northern India.  This is just a way to inspire the film professionals and those students who aspire to become great film makers. IFFP will serve as a creative platform for these rising stars