Someone who has always embodied authenticity, empowerment and the spirit of womanhood, the versatile Elli AvrRam with Avina Shah’s ‘Kudi Main Mean’ is out today with her first song as a vocalist. The uptempo song marks a unique collaboration between musician Avina Shah and Elli AvrRam as the two give music aficionados another reason to celebrate this Women’s Day.
When two independent, headstrong women who believe in their dreams come together there is bound to be fireworks and that’s exactly what audiences can expect with ‘Kudi Main Mean’, that is symbolic of self-love, self-worth and a fierce attitude.
‘Kudi Main Mean’ was conceptualized during the lockdown of the first wave of the pandemic with both Elli and Avina waiting for the right time to release it. Since the song celebrates a woman in all her glory, Women’s Day made for the perfect occasion to launch the song.
While Elli is known for her breakthrough dance skills, she surprises us with another hidden talent as she goes behind the microphone for ‘Kudi Main Mean’ looking oh so glamorous with grunge, street looks and corn rows. Quite reminiscent of her look in the breakthrough role she played in Aditya Roy Kapoor and Disha Pattani starrer ‘Malang’.
Known for her impactful dance numbers in Bollywood, Elli AvrRam was celebrated for one of India’s finest dance talents in her item song “Har Funn Maula” opposite Aamir Khan. Interestingly, the actor-singer dons many hats for ‘Kudi Main Mean’ and apart from penning her lyrics, choreographing her moves, she has also styled her own looks in the song, another facet of being a multi-talented and multi-tasking woman. This comes as no surprise since Elli is known to embrace reinventive, experimental and edgy fashion looks through the course of her career.
Says Elli AvrRam, “This is something I really wanted to do for a very long time and Avina pushed me to express this side of mine. As a creative artist, I enjoy dancing, singing, performing and getting in deep into the entire process of bringing a work of art together. ‘Kudi Main Mean’ is about being a strong badass woman and embracing the Queen in you and we are so happy to be releasing it on Women’s Day.”
Avina Shah’s ‘Kudi Main Mean’ feat Elli AvrRam is out now!
YouTube link : https://youtu.be/3F5DMf8AHKs 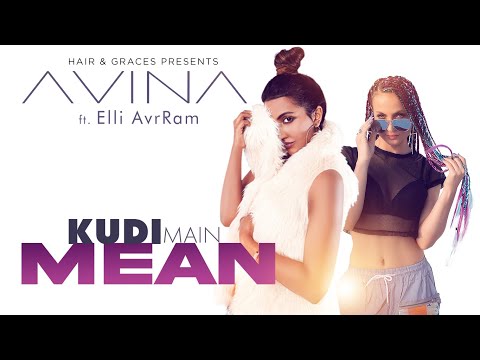