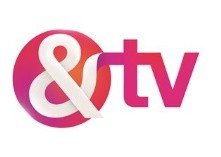 Talking about the new shows, Mr. Rajesh Iyer, Business Head, &TV said, “Within 3 weeks, India Poochega Sabse Shaana Kaun has reached out to 32 million viewers in the slot. Being a familiar primetime slot, our endeavor was to offer something equally entertaining and engaging to sustain the interest. Both the shows – Dilli Wali Thakur Gurls at 9.00 pm and Badii Devrani at 9.30 pm promise viewers two versatile family dramas that are a reflection of today’s modern day society and how relationships stand the test of time.”

At 9:00 pm, Dilli Wali Thakur Gurls produced by Cinevistas is based on Anuja Chauhan’s novel ‘Those Pricey Thakur Girls’. Set in Delhi, Dilli Wali Thakur Gurls present the story of the Thakurs – Justice LN Thakur, his wife – Mamta and their five eccentric daughters – Anji, Binny, Dabbu, Chandu and Eshu. Famous for their shenanigans and popular with the boy brigade, each of the Thakur girl has her own unique style, personality and charm to match.

The show brings out the daily nuances and struggle that one’s life is centered on. How the sisters are tied together yet different in their own quirky manner, deal with situations and misadventures makes for an interesting narrative.

On the other hand, at 9:30 pm, Badii Devrani from the house of Shashi Sumeet Productions; original concept & storyline by Beyond Dreams Entertainment Pvt. Ltd, is set against the backdrop of Kolkata is the story of an unusual arranged marriage between an older woman (Reeti) and a younger boy (Vibhor). The story explores the relationship between the two protagonists belonging to families who are bitter enemies due to a dark incident in their past but eventually get married due to a twist of fate. Even the protagonists dislike each other at the time of marriage. Will this marriage survive the hatred between the two families? Will Reeti and Vibhor overcome their differences? Though married to the younger of the two sons of the family why is Reeti called Badii Devrani?