Thespo 16, the spectacular event for the young Nautankibaaz of India is back 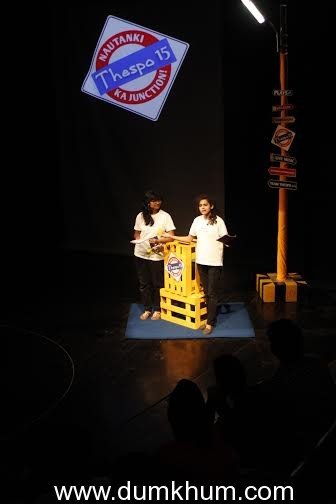 The first Orientation Meet for the 16th season is scheduled for July 14, 2014 at 4pm at the celebrated Prithvi Theatre, Mumbai.
Thespo invites anyone and everyone who is below the age of 25 years and has an inclination for Theatre and also those who are willing to showcase their talent either through Acting, Direction, Music, Writing, Designing, Photography, or any other theatre related activity.
​Writers, Directors, Actors, Musicians, College Students, Youth Theatre Groups, Professional Theatre Groups, Journalists, Theatre Lovers, Thespo Alumni and Friends of Thespo (FOT), the gates are open for all to come and find out how you can be a part of the next generation of theatre-wallahs. 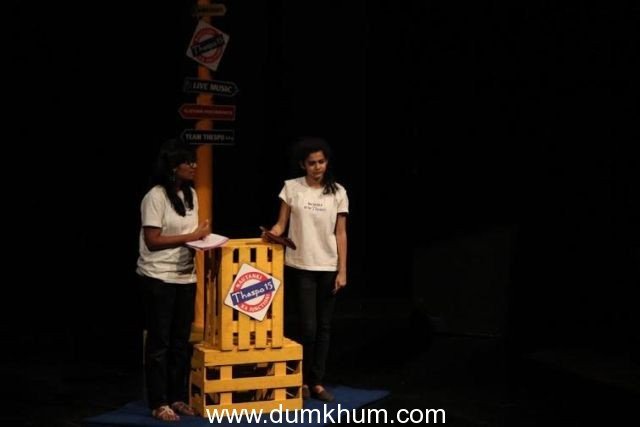 The Orientation meetings are organized as the first part of Thespo’s mandate to interact with budding and potential participants. These gatherings help to share information about Thespo, its past activities, brief people on how they can participate in the movement and what’s lined up for Thespo 16.
It draws attention to the wide range of activities being conducted so that interested youngsters can maximize their participation in Thespo by either staging a play or participating in a short performance, a Mime, Poetry Reading or Monologues. One can even attend workshops, design posters, write articles for the Thespo Magazine or join the organizing team. 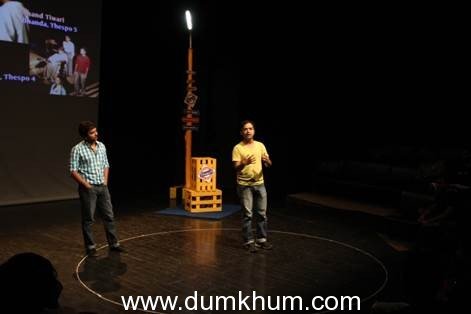 The Orientation Meetings are a point of contact as well as a roadmap to the annual journey of the buzzing affair.
Thespo, which is a grand platform for young performing artists, witnesses a flock of people each year from different cities and cultures having one thing in common – love for theatre! A thrilling atmosphere where nascent actors, dancers, musicians and writers gel with people having similar passion; it’s a perfect place for the youth looking forward to enhance their talent, share their ideas and of course get noticed!

The Thespo 16 Orientation Meeting will be held at seven cities across India which are Mumbai, Nagpur, Kolkata, Bangalore, Ahmedabad, Pune, and Delhi (in order).