The World Dance Centre’s  Vasudhaivah Kutumbakam spearheaded by Ratika Ramkumar Premieres on the 5th of July, at St. Andrews Auditorium 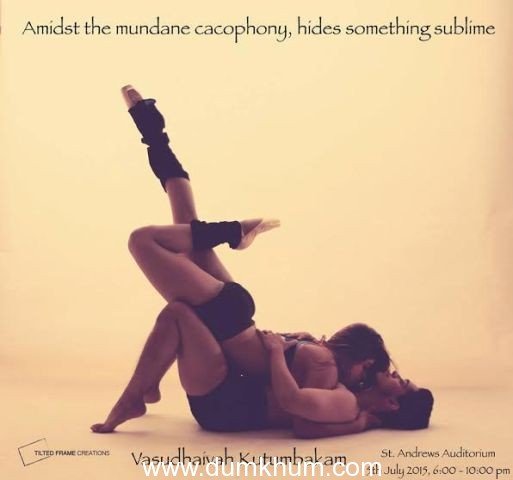 Before the invention of written languages, dance was a more important method of passing stories down from generation to generation. Dance can be categorized and described in various ways. It may be analyzed purely by its choreography, its repertoire of movements, or it may be classified according to its time or place of origin. Yet studies reveal many generic similarities across different times and places. “THE WORLD DANCE CENTER, INDIA spearheaded by Ratika Ramkumar in its annual production, VASUDHAIVAH KUTUMBAKAM that premieres on the 5th of July, at St. Andrews auditorium. It seeks to make people witness  real stories, narratives that combine in very unique proportions forms as diverse as Classical, Modern Contemporary, Jazz, Bharatnatyam, Lyrical Hip Hop, Urban Funk, Odissi, Kathak, Lavni, Flamenco, Tap, with Exotic Compositions of world music, state of the art LED Designs, Costumes and Sets, Poetry & Drama, to reveal and reflect powerful themes of Human Sexuality, Gender Violence, Poverty, Hope, Innocence, Betrayal, Glamour, Life After Death, Love, Marriage. It is a spectacle so unique in flavor, that it will fill in the audience a void that they themselves may be unaware of. The show VASUDHAIVAH KUTUMBAKAM crafted by Ratika Ramkumar says “Dance may also be regarded as a form of non verbal communication recognizable in other beings too; Dance has been my passion for years. The debut show of Vasudeva Kutumbkam is intended primarily as a spectacle. Dance continues to be a poor cousin in its assimilation within the individual’s life, because, unlike its other very literal counterparts, the abstraction inherent in movement itself reduces its immediate resonance with the lay audience. And increasingly, dance is coming to be understood and expressed as acrobatic visual gimmickry which looses it’s sheen as quickly as a packet of instant noodles” A show for all those, who are looking for much more than what passes by them every day. Led by the artistic director Ratika Ram Kumar, this is a stalwart production that will prove to be a game changer for the very field of dance itself. 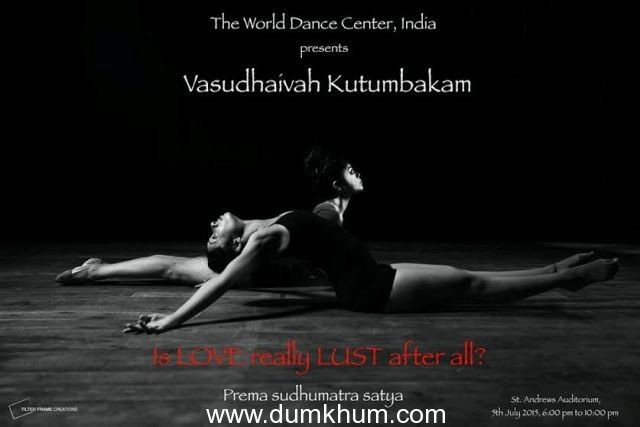 A DANCE FIESTA FOR ALL THE ART ENTHUSIASTS