The Timeliners, a youth focused news & lifestyle channel, with a reach of 1.8 million and 3.25 lakh facebook viewers have entered the web series space with India’s first web series specially created for the entire family titled ‘The AamAadmi Family’.So you can enjoy watching this super fun web series with your family and loved ones!

The Timeliners have entered into a first of its kind long term partnership with Flipkart (FlipBuzzar is the Shopping and Lifestyle category on The Timeliners) to create original content ranging from short, snackable videos and mashups to documentaries, daily news albums and long-form editorials around contemporary topics.

‘The Aam Aadmi Family’ is the story of every Indian middle class household. With the current wave of online shopping that has now has become a part of every Indian household, watch this family and join them on their online shopping sprees over the 8 episodes – with several stages of the online shopping experience being covered – right from the planning stage to the selection from a wide range of products until till the products and goods are delivered to them at their doorstep.

Sharma-ji lives in their 3 BHK home in West Delhi with his wife, Madhu, their 16 year old son, Bobby, and 19 year old daughter, Sonu and his old mother, Daadi. Mr. and Mrs. Sharma being brought up in a financially strained environment want a comfortable lifestyle for their kids. They are not reluctant to spend money for the family but at the same time don’t encourage overspending. The middle class traits are still intact and they’re extremely proud of them. Despite being responsible parents, they don’t shy away from occasional rants and irrational demands.Thekids are the ladle of the family. They have brought in the online shopping culture into their household and made life easier for their parents. The parents and kids are inter-dependent on each other in terms of household work and technology. Daadi is particularly fond of her grandchildren and vice versa. Don’t judge a daadi by her age. She is extremely curious about new age fashion and technology. She likes to be in the limelight and to get attention, she sometimes fakes her illness and loves to be pampered by her family.

Meet the members of The Aam Aadmi Family…

Daadi (played by the much loved Kamlesh Gill 0f Vicky Donor and Bang Bangfame) – The over dramatic, grumbling daadi uses her death as a tool to get her way. A TV addict, she is impulsive, but understands the dynamics of the family, a foodie and almost obsessive about her medical care, she is commanding but adores her grandchildren.

S.K.Sharma (played by the popular Indian actor, Brijendra Kala from Paan Singh Tomar and PK) is a middle-class man with simple tastes. A government servant, he is comfortable with his job and home. He is the bread winner of the family so is keen to give them a comfortable lifestyle especially to his kids. He is proud of what he has achieved in life and likes to be reminded about it at every given opportunity. A god-fearing man, he is concerned about his reputation, is conventional in his approach, but gives in to persuasion and believes in spending money judiciously.

Madhu Sharma (played by well known Indian theatre, film and television actress Lubna Salim from Oh My God) is a housewife and a mother of two. She is sarcastic and is hard to please. She whines and complains all day long. Despite being confronted with a lot of family problems, she’s the one who keeps it together.

Bobby (played by Indian film actor Chandan Anand of  Oye Lucky, Lucky Oye) The laadla of the family, but he, at the same time, bears the brunt of all the taunts. Money-minded, manipulative, ungrateful but still gets through with relentless support from mummy and daadi. An average student, image-conscious and materialistic. Respects his parents, reluctantly obedient, attempts to be the problem solver.

Apoorv Singh,Director,Timeliners – The Aam Aadmi Family says, “We have grown up watching and loving some great family shows on the Indian Television like Dekh Bhai Dekh, Sarabhai vs Sarabhai etc. While a lot of good content is being made for the online audiences nowadays, so far no one has created a family focused web series. We thought it would be really interesting to explore this space. Hope that the audiences like our work. Fingers crossed!”

“We are excited about using the power of entertainment content to build customer preferences for the products we sell  and services we offer . Our partnership with The Timeliners in building Flipbuzzar is a key pillar in our content to commerce program and we look forward to building this strongly . The Aam Admi family ( TAAF ) is a fun look into the lives of an everyday Indian family and how the younger generation is the change agent in so many situations , including moving the family online from their offline ways” said Mr. Aditya Swamy,Head – Digital Media and Content,Flipkart. 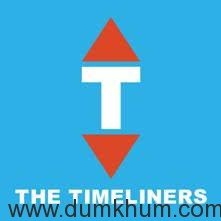 The Timeliners is a youth focused news & lifestyle channel. The Timeliners have entered into a first of its kind long term partnership with Flipkart to create original content ranging from short, snackable videos and mashups to documentaries, daily news albums and long-form editorials around contemporary topics. They have now entered the web series space with the country’s first ‘family web series’ in India – ‘The Aam Aadmi Family.’