The Peninsula Studios has got two National Awards from RAI – Recording Association of India. 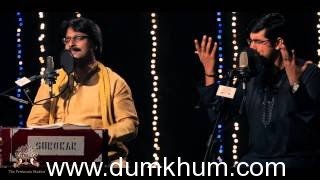 The Best Recording & Mixing Studio in India for LIVE recording.

The Peninsula Studios is a unique content creation house where singers, musicians, lyricists, poets and composers, can express their creativity in a unique studio where aficionados enjoy live performances while it is  being recorded. Our partner for marketing and publishing is Universal Music- EMI, the world’s largest music company.

We are mainly in genres like folk, classical (Carnatic and Hindustani), spiritual music, Gazals, nazms and poetry in all languages of the Peninsula. We also encourage jazz, blues and world music.

The Best Recording & Mixing Studio in India for LIVE recording.

Anil Srinivasan challenged himself to record LIVE with his colleagues to  create a three series album Live @ The Peninsula Studios. Sikkil Gurucharan, Supratik Das, Aman Ali and Arshad Khan recorded live with Anil on the piano in a single take which was recorded by Deepak Samson. It was in recognition of the quality of  this music and recordings that the Studio has been awarded for its technical excellence.

Anil Srinivasan a classically trained piano player from Columbia University sets a most unconventional backdrop for the Carnatic classical vocals of Sikkil Guruchan who has impeccible pedigree coming from the great musical performers of Chennai. Amongst the pieces curated by us they explore  Adharam Madhuram a bhajan in praise of Lord Krishna  one can hear ancient verses penned by the sage poet Vallabhacharya in the 15th century.

Adharam Madhuram Supratik Das is from Shantiniketan has collaborated wonderfully with Anil And Sikkil in our album. An example of this would be their combined rendition of Phule Phule

This comes under  LIVE @ the Peninsula Studios -a platform for mainstreaming outstanding musicians who sing in different languages and traditions of the peninsula . We facilitate artists like Anil Srinivasan, Sikkil Gurucharan, Supratik Das bring superb local content to wider audiences. These are compositions are by the likes of  Swathi Thirunal the philosopher king of Travancore, Jayadeva 12th century saint poet and Vallabhacharya the 15th century poet from Andhra and Tagore. 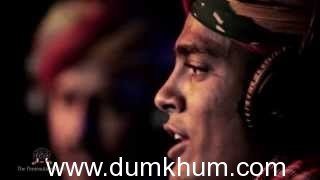 “Ave Hitchki” by the Mast Qalandars of The Peninsula Studios

This project has a large cast of 18 wonderful musicians from Rajasthan who were sought from a big project involving over 700 musicians. It was lead by Neel Adhikari, Miti Adhikari, Avinash Chordia, Narinder Tawakley, Sakhi Saraf and recorded by the great Nitin Kurup.

This is part of The Discovering The Peninsula program – here we discover and nurture musical traditions and mentor talent of folk and regional traditional musical art forms. Our first effort was in Rajasthan where we recorded over 700 hundred musicians from small towns and villages.  20 were mentored in the studio  to curate album that was mixed and mastered in London. The output is world class and the ensemble “Mast Qalandars of The Peninsula Studios” perform live and the album and vidoes are popular.

The Mast Qalandars is an emsemble of folk artists from Rajasthan brought together by The Peninsula Studios. An 8 member performing troupe with Nagaras, Dholak, Bhapang, Kartaal, Morchang along with Guitars and three amazing vocalists, The Mast Qalandars have been wowing audiences since the started performing together for the  first time at The Nokia Music Connects 2012.

The third program isThe Lost music of the Peninsula – with the intent of reviving the forgotten musical heritage of the Peninsula, we incorporated the Esraj  with great creative value as well as many folk instruments like bhapang, kartal and taar shehnai  in an innovative manner in our music.

The Peninsula Studios is now evaluating over 438 musicians from small towns and villages of Punjab of which we met over 50 in the field, the recordings start in mid June, to be converted into the music videos and featured on MTV as Nokia Music Theatre and published by Universal Music Group.

Subroto Chattopahyay ,Sita Raina and The Peninsula Studios family, thank you for your good wishes and support.