The Only Indian Buildings To Win New York Architizer Awards! 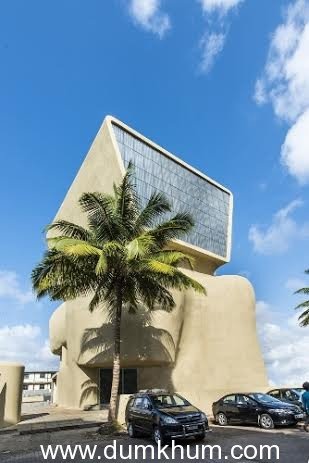 Sanjay Puri, with his company Sanjay Puri Architects has made Mumbai & Jaipur proud by winning  two awards at the most prestigious and acknowledged Architizer A+ Awards at New York. Right after winning the international MIPIM awards at Cannes, France, he has proved his mettle as one of the most sought after architects of this year globally. Sanjay Puri Architects, being the only Indian architectural firm to have won these awards is on its way to bring India on an international platform with architectural designs that are truly applause worthy.

Both projects are distinctly different from each other and from the typical buildings we see around us.

While the Bombay Arts Society is a series of fluid spaces, the 72 Screens building is an abstract composition of angular perforated planes. 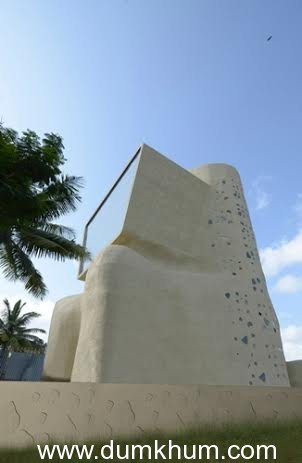 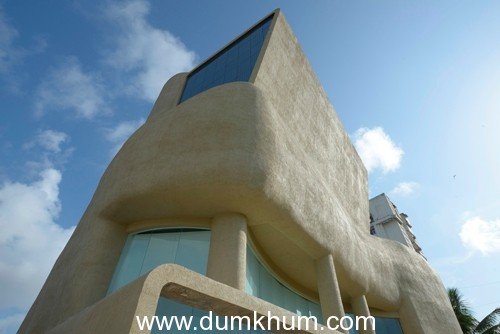 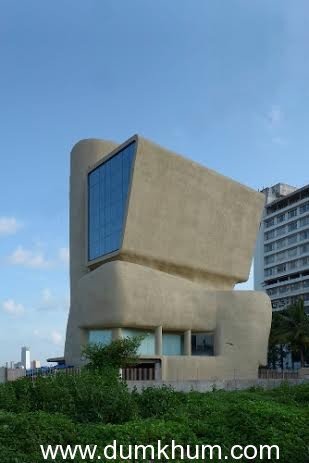 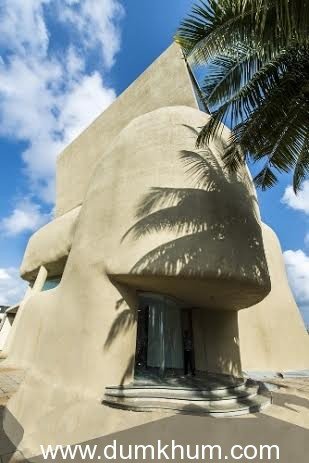 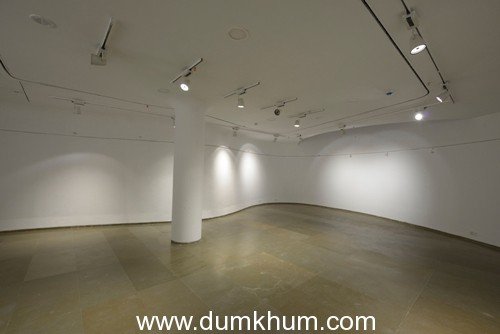 Fluid forms enmeshed together in parts emerging from each other in parts constitute this small building. Within an extremely small plot measuring only 1300 sq. mts, a mixed use building programme based on the clients needs had to be adhered to. Art gallery spaces, an auditorium, a cafeteria and artists rooms had to be planned within 1000 sq. mt and another 1000 sq.mt of office spaces were to be provided for, each with separate entrances.

Fluid spaces across the three lower levels, house the art gallery spaces and their allied functions with walls flowing into roofs homogenously. The fluidity of form seen externally, with a concrete skin encapsulating spaces while undulating in both the horizontal and vertical planes, is carried through to the interior volumes making the entire experience as that of moving through a sculpture. A separate entrance lobby at the rear corner leads one up vertically into a four level office space that is angled to allow the offices unrestricted views of the ocean in the distance. The office spaces are encapsulated in a concrete skin punctuated volume with floor to ceiling glass panels in the direction of the sea. Thus within this small 1300 sq.mt plot two distinct set of spaces are created, each with its owndiscernible identity and yet enmeshed together to create a uniquely sculptural building.

Enveloped in abstractly folded planes of perforated screens, this 6 level office building creates a sculptural presence. Located in the city of Jaipur in India which has a desert climate with average temperatures ranging from 30oC to 50oC through most of the year.

The building is designed in response to the excessive heat imbibing traditional elements.

On a small plot of 1075 sq m , the building envelope is restricted on all sides in plan as well as governed by height restrictions, The resultant floor area on each level after leaving mandatory open spaces is only 326 sq m. The entire service core and toilets are located on its southern side thus effectively reducing the heat gain substantially in a location where the sun is in the Southern hemisphere throughout the year.

In addition a glass reinforced concrete screen that takes its inspiration from the old traditional ‘jali’ screens of the architectural heritage of the region sheaths the building on all sides further reducing the heat gain and rendering the building very energy efficient.

Designed as a corporate office headquarters, the ground level houses a reception and conference rooms above a car parking basement with office areas at the above 5 levels. The concrete screens around the building are supported by a steel framework with projections that vary from 0.9 to 1.5m. This creates an external periphery space for plants at each level that will act as further insulation from the external heat creating cooler office spaces within.

The office building thus overcomes the restrictions of its small plot creating office spaces that are very energy efficient to combat the excessive summers of its location while imbibing tradition in an abstract manifestation to create a sculptural quality for its inhabitants.