The newest Khiladi in town, Arjun Kapoor was in the capital today and interacted with the students of Hindu College A crowd of four thousand students thronged the auditorium and cheered for Arjun Kapoor. The Bollywood actor spoke about his experience of being the host of this season of Khatron Ke Khiladi- Kabhi Peeda Kabhi Keeda. 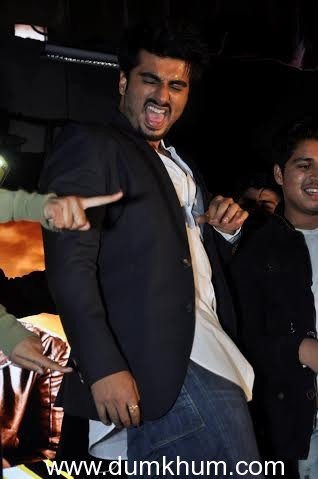 Fans went berserk to get a glimpse of him. Arjun was overwhelmed to receive so much love and adulation from show’s viewers and fans. He sang, danced, clicked selfies, signed autographs, and obliged fans with all their requests