THE MAN BEHIND “FILMISTAAN” – Ashok Purang “In cinema a good idea if executed well speaks for itself”, emphasized Theatre Director, Acting Guru and the Creative Producer of critically and now commercially acclaimed FILMISTAAN. When first timer director Nitin Kakkar narrated the story of FILMISTAAN, Ashok Purang immediately decided to back him. He goaded an unsure Nitin to write the script and set it up with the right producers, despite having dozen other scripts and known directors to choose from. “Once an idea resides in my mind, nothing deters me from seeing it through. The unknown cast, shoe-string budget or the sweltering temperatures of Rajasthan, nothing was an impediment,” says Ashok Purangwith a relaxed demeanour. 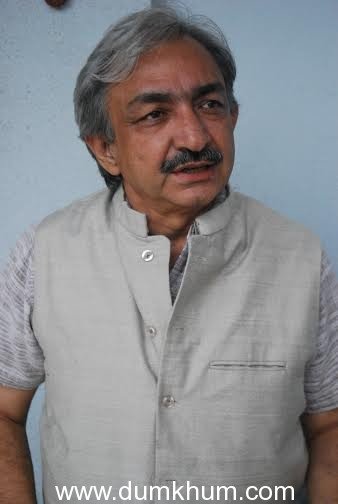 When quizzed what next he says, “I am already working on my next bunch of films. I have a serious talent pool around me and have already identified few directors with great cinematic spunk armed with the some amazing scripts. Besides, I am also developing a film project for me to direct. FILMISTAAN obviously will serve as a benchmark for me, my directors, studios and my financiers. I will make films high on content and low on budget. I appreciate UTV and Shringar films for having scaled up the release by way of right promotional and marketing strategies for mass reach. And also the kind words of Shri Amitabh Bachchan and Shri Vidhu Vinod Chopra that generated an extra interest in FILMISTAAN, since no cinema is great cinema unless it reaches its audience.”