The Legends of Hindustani Classical Music Enthral Audience in Hyderabad 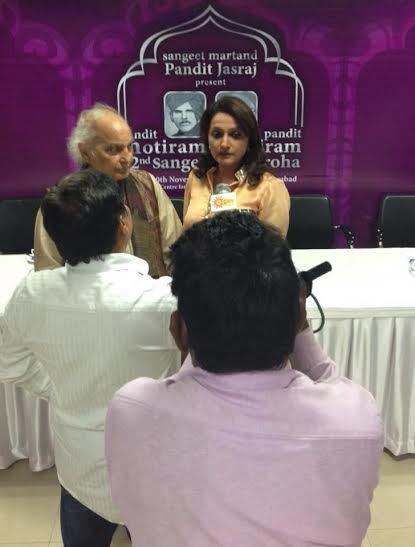 The capital city of Hyderabad enjoyed a beautiful weekend of amazing music with the maestros of the Indian Classical music. The 42nd year of ‘Pandit Motiram Pandit Maniram Sangeet Samaroha’, an annual musical event organised by Sangeet Martand Padma Vibhushan Pandit Jasraj was an occasion to remember.

This three-day event that was held from November 28 to November 30 was a grand affair and saw performances by talented artistes from the world of Indian music. Ramakant Gaikwad, the rising star of Hindustani Classical music, opened the spell binding evening in an impressive way with his brilliant vocals. Janaab Munawar Masoom performed an incredible pieces of Qawwali on the first day, thoroughly entertaining the audience. Badshaah-e -Taraana Rattan Mohan Sharma, who is also Pandit Jasraj’s nephew, opened the second day to a spellbound audience. This was followed by Pt. Vishwa Mohan Bhatt and Shashank Subramaniam performance, culminating in a magical jugalbandi. For the audience, this weekend was a memorable one with powerful captivating performances of Tripti Mukherjee, Ankita Joshi, Pritam Bhattacharya, Hemang Mehta, Neeraj Parikh from the Mewati Gharana on the last day. This was followed by a highly intriguing conversation between Dr. Mukund Lath, senior disciple of Pt. Maniram and Pandit Jasraj about the History of the Gharana, its compositions and their specialties. Dr. Mukund Lath is not only a student of Pt. Maniram, but also a student & a dear friend of Pt. Jasraj.

The night ended with a performance by all of Pandit Jasraj’s students paying a tribute to him and Dr. Mukund Lath.  This Art And Artistes initiative along with Pandit Jasraj was successful in uniting like-minded music enthusiasts for an evening full of mesmerizing tunes. 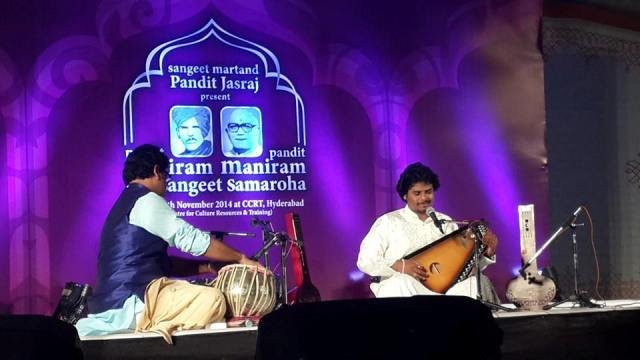