MAKE ITS DEBUT IN THE UNITED STATES OF AMERICA IN 2014 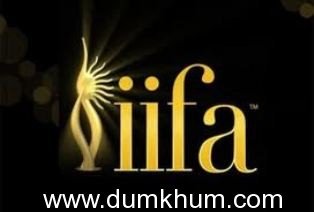 6th July 2013, Saturday, Macau – As the 14th Videocon d2h IIFA Weekend comes to a close at The Venetian Macao, the 2013 Official Destination Host Partner, IIFA has already selected a host venue for next year’s celebration. Slated to make its debut in the United States, IIFA will host the 15th year of the Tata Motors IIFA Awards in Tampa Bay, Florida next year.

Andre Timmins, Director – IIFA & Wizcraft International said, “We are extremely pleased to announce that the 15th annual edition of the Videocon d2h IIFA Weekend and the Tata Motors IIFA Awards will be held in Tampa Bay, Florida in 2014. IIFA has been known to take Indian Cinema on a global journey and we are excited to make our US debut. We chose Tampa Bay for the infrastructure, strong Asian community and the immense support we have received.”

With world-class infrastructure and facilities and having hosted myriad international concerts, events and the Super Bowl four times over, Tampa Bay is the ideal choice for the 15th IIFA Weekend & Awards. The Bay Area comprises Tampa, St. Petersburg and Clearwater, collectively referred to as Tampa Bay. With over 1.5 million Indians and fans of Indian cinema living in the States today, come June 2014 the shores will see a large number of Indian celebrities, delegates, throngs of international media and fans from around the world.

The events of the IIFA Weekend are expected to boost tourism in the host region Tampa Bay by over 25% and attract 50,000 extra visitors from the world-over. The event will be broadcast globally reaching nearly 800 million viewers in over 110 countries.

The International Indian Film Academy, conceptualized and produced by Wizcraft International Entertainment Pvt. Ltd. is supported by the key members of the Indian film fraternity. IIFA is the most respected South Asian film academy and its main highlight, the IIFA Awards is India’s biggest media event.

From a one night celebration in 2000 at the Millennium Dome, London, the last 14 years have seen the International Indian Film Academy (IIFA) movement grow into a cine-packed weekend of film-festivals, workshops, premieres, exhibitions, film-showcases, global business forums and sporting events, all of which climaxes into the Tata Motors IIFA Awards. The IIFAs have been previously celebrated in London, South Africa, Toronto, Singapore, Malaysia, UAE, Amsterdam & Thailand, among other countries.

This weekend, IIFA celebrated its 14th anniversary in The Venetian® Macao-Resort-Hotel in Macau, China.