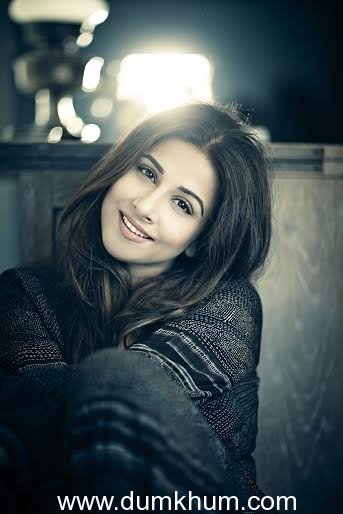 Powerhouse performer Vidya Balan who was in Goa recently for the Women Economic Forum where she was awarded “Woman of the Decade” , was approached by the Ladies Wing of the Indian Merchant Chambers with a special request.

The team invited Vidya to be the chief guest for the screening of her upcoming film Humari Adhuri Kahani and the actress was happy to oblige. The Wing was keen to screen the film as it has a strong-woman protagonist and having Vidya attend the screening was an added impetus.

The premier business and professional women’s organization has blocked an entire multiplex for its members , consisting of entrepreneurs, managers, professionals and women from leading business houses. The screening will take place tomorrow.

When contacted, Shalini Piramal,President of the organization confirmed the news, saying, “My focus for this year is women integration, skills and entrepreneurship. I wish to enhance women empowerment in our state. Vidya’s new release was the perfect film on this subject.”

Having collected over 16.49 cr at the domestic box office over the weekend, the love saga starring Emraan Hashmi and Vidya Balan continues to go strong and made approximately 3.5 cr on Monday, a figure that is quite encouraging for a weekday.