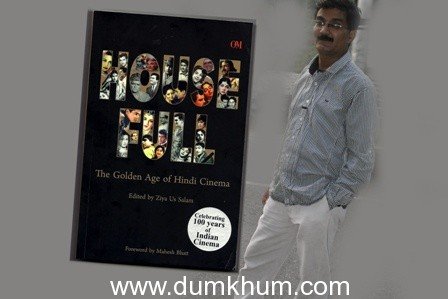 We all heard and know about the movie “Housefull”, it was an entertaining and fun filled film. So when you listen to the name Housefull the first thing that pops in your mind is entertainment. However,one more Housefull that is going to hit the markets very soon is a book.

The Hindu Newspaper’s, feature editor Zia Us Salam’s book “Housefull” is to be launched in Delhi on 30th October 2012. This book basically revolves around the “Golden Era of Bollywood” and the journey of bollywood from then to now. This book will be launched in presence of eminent film personalities like Mahesh Bhatt, Gulzar and Anurag Kashyap.

So all those who live, eat, drink movies and also the ones who are interested in the entertainment industry, here is something that is a “must have” in your book collection.