The Creator Of Grey’s Anatomy, Shonda Rhimes Brings To You The All New Legal Thriller “How To Get Away With Murder” 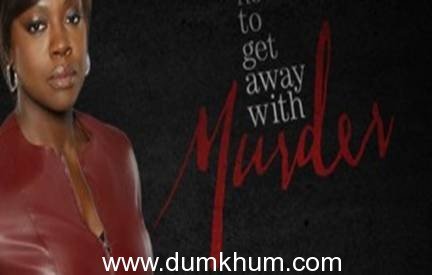 Already making waves as the highlight anticipated new drama series “How To Get Away With Murder” is set to make its Indian airtime debut exclusively on Star World Premiere HD on September 29.

Viola Davis portrays the lead role of Annalise Keating, a brilliant and mysterious criminal defense professor who becomes entangled in a murder plot. Annalise Keating (Viola Davis) is everything you hope your Criminal Law professor will be – brilliant, passionate, creative and charismatic. She’s also everything you don’t expect – sexy, glamorous, unpredictable and dangerous. As fearless in the courtroom as she is in the classroom, Annalise is a defense attorney who represents the most hardened, violent criminals – people who’ve committed everything from fraud to arson to murder – and she’ll do almost anything to win their freedom.