The atmosphere was almost contagious with enthusiasm at the city’s most eagerly awaited cultural event as the vivaciousSridevi performed the ceremonial tradition of lighting a lamp along with Shyam Benegal, Chairman and Trustees of Mumbai Academy of Moving Image (MAMI) to mark the auspicious occasion of commencement of the 14th Mumbai Film Festival, presented by Reliance Entertainment and American Express. “The 14th Mumbai Festival is an initiative truly close to my heart and a very special connection to my cinematic roots”, said Tina Ambani, the chief initiator of the festival who was accompanied to the event by Anil Ambani.

“I have always believed that cinema is a bridge between cultures”, said Yimou upon receiving the honor, “I thank MAMI for appreciating my efforts and acknowledging my small contribution towards cinema”, he signed off with utmost modesty. The Opening Function also saw the introduction and felicitation of the jury members of International Competition, India Gold 2012, Celebrate Age and Dimensions Mumbai.  “We look forward to another year of bringing superlative global cinema to our patrons and promoting budding talent at the festival”, commented Mr. Srinivasan Narayanan, Festival Director, 14th Mumbai Film Festival on the occasion. The function continued with Actor Anil Kapoor calling on stage Anupam Kher, whose critically acclaimed comedy-drama Silver Linings Playbookkick started the cinematic reverie for this 8 day long festival. The film is directed by David O Russell and stars Bradley Cooper, Robert De Niro. The evening was made even more special as Bradley Cooper’s special message was played out in which he regretted his absence and wished luck for film’s India premiere. 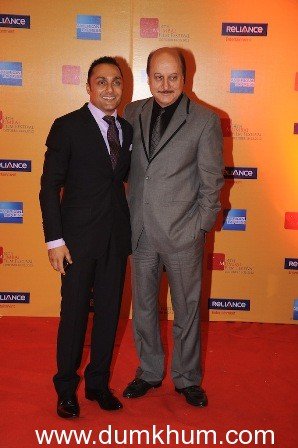 Speaking on the occasion Anupam Kher said, “I have always endeavored to make films with passion and I am glad to have been provided with an opportunity to work with such amazing co-actors” Brought in with great pomp and aplomb, the first day of the 14th Mumbai Film Festival set pace for the week-long cinematic extravaganza that promises to feature the finest works of cinematic genius from a stellar lineup of over 200 films. 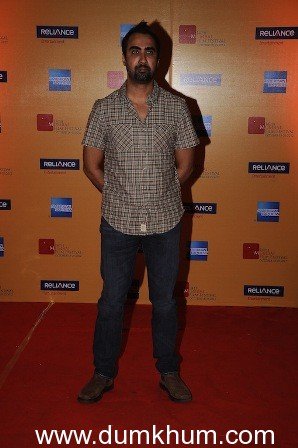